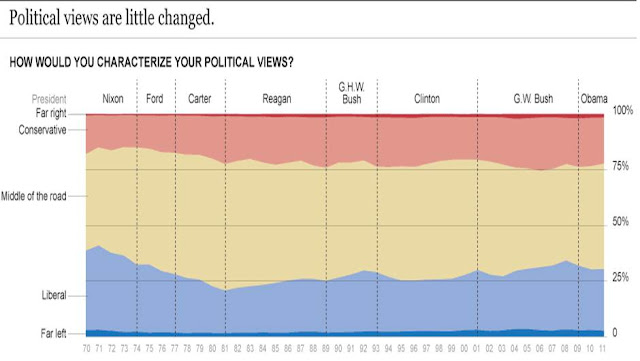 Courtesy of The Chronicle of Higher Education, the graph above shows a time series of the self-reported political orientation of college freshman in the United States. There is a subtle hint of an increased polarization at the end of the G. W. Bush presidency, somewhat reversed in the time since. Like the US as a whole, the perspectives are dominated by those who describe their political views as "middle of the road."
Posted by Roger Pielke, Jr. at 1/26/2012 07:19:00 AM
Email ThisBlogThis!Share to TwitterShare to FacebookShare to Pinterest
Newer Post Older Post Home