Australia's Climate Follies: A New Cast, But the Show Goes On Over at The Interpreter, the excellent blog of the Lowy Institute, I have an analysis up which updates my 2011 paper on Australia's climate policies. Here is an excerpt:

The mathematics of Australia’s emissions are not terribly complicated. To achieve a reduction in carbon dioxide emissions of 5% from 2000 levels would require a rate of decarbonisation of the Australian economy (measured as a reduction in the amount of carbon dioxide emissions per A$1000 of GDP) of greater than 5% per year from 2013 to 2020. This is consistent with my earlier analysis which looked at data through 2006. For comparison, Australia averaged a 2.9% annual rate of decarbonisation from 2007 to 2012. (NB: As in my 2011 paper and in The Climate Fix, here I focus on carbon dioxide, while the Australian target refers to greenhouse gases. Data on GHG emissions comes from BP 2013 and GDP figures from the UN and DFAT).

What does such a rate of decarbonisation imply in terms of carbon-free energy?

Another way to get a sense of the magnitude of carbon-free energy needed is to look at the equivalent number of nuclear power plants. About 11 such plants would do the job if they replaced an equivalent amount of coal generation (about one-third of the 2012 total coal consumption). The numbers might also be expressed in wind turbine- or solar panel-equivalents for those who don’t like nuclear power stations. Of course, no matter which units are used, the magnitude of the task remains the same.

Please head over to The Interpreter to read the whole thing, and come back if you have comments or critique.

Here is a bit more technical information on the numbers that I present.

A. Here is the data on Australian decarbonization, using assumptions of and from the sources linked in the piece:


B. The figure of 17% required carbon-free energy required to hit the 5% emissions reduction target is calculated as follows, based on the BP data linked in the piece:

C. Nuclear power plants equivalent are calculated following the methods described in Pielke (2011) and in The Climate Fix.
Posted by Roger Pielke, Jr. at 10/25/2013 02:32:00 AM
Email ThisBlogThis!Share to TwitterShare to FacebookShare to Pinterest

Colleagues at the Joint Research Centre of the European Commission put together this very useful bibliography on science in policy making, shared here with their permission for future reference.

Communicating research for evidence-based policymaking: A practical guide for researchers in socioeconomic sciences and humanities, DG Research and Innovation

Good Practice in the Dialogue between Science Academies and Policy Communities, EASAC Guidelines

Guidelines on the Use of Scientific and Engineering Advice in Policy Making, UK Government Chief Scientific Adviser

The Honest Broker: Making Sense of Science in Policy and Politics, Roger A. Pielke Jr, plus regular blogs,

Improving the knowledge base for better policies, COM(2002) 713 final, Communication on the collection and use of expertise by the commission: principles and guidelines

Science and policymaking: theorizing when and how scientific or expert authority matters in policy making, 1st International Conference on Public Policy, June 2013

Whom do we experiment for? Study of bargaining processes between science and policy, Agathe DEVAUXSPATARAKIS, June 2013

Posted by Roger Pielke, Jr. at 10/23/2013 12:33:00 PM
Email ThisBlogThis!Share to TwitterShare to FacebookShare to Pinterest

An Exchange on Scientific Authoritarianism

Last month Björn-Ola Linnér and I took part in an exchange on the pages of a major Swedish newspaper, Dagens Nyheter. In an effort to bring the discussion to a broader audience, we now have English versions of the exchange.

Our initial piece was motivated in part by the Swedish Global Challenges Foundation which is advocating for a "global legal system" -- that is, a form of global government. Both Linnér and I are supportive of institutions of global governance. The key questions that we see involve not whether such institutions are needed (the are, and many already exist) but how they operate.

Some statements from the GCF suggest to us a need for a more in depth conversation. For instance, the GCF writes (PDF):


A global legal system also means, in principle, that the responsibility of the handling of major global problems is taken off the shoulders of national politicians. Instead, a few supranational organizations are given the mandate and responsibility to supervise mankind’s important common interests ...

The GCF suggests a model of governance based on experts:


The organization must have the capability, expertise and sufficient resources. These, for example, would identify, analyze and assess severe global problems and risks, as well as initiate or take appropriate actions for optimal management of problems and risks.

So to help advance such a conversation we wrote up an op-ed, explicitly raising questions of governance, expertise and democratic principles (PDF):


We see however for us a worrying tendency among some scientists to use climate and other environmental science reports to advocate for more authoritarian political systems and a call for an emergency order by  emphasizing the worst case scenarios of these reports as a “trump card” in political debates.

That prompted a response from the GCF (PDF):


Linnér and Pielke seem to confuse a global legal order with authoritarianism. But creating institutions to make joint decisions on a global scale is not to restrict democracy range without expanding it.

Then a final rejoinder from us:


We are pleased that Szombatfalvy, Wallström and Rockström agree with us that authoritarian approaches must be avoided (DN-debatt 2/10). In times when commentators advocate a “climate Dictator” (Tendens 2/10), it is extremely important that the representatives of Global Challenges Foundation are clear about what they mean by a new political order.

Scientific authoritarianism does not appear to be something many are comfortable calling for, and that is a good thing.

You can read the whole exchange, including also a letter from Prof. Olaf Johannson-Stenson (PDF), here. Comments welcomed.
Posted by Roger Pielke, Jr. at 10/18/2013 07:26:00 AM
Email ThisBlogThis!Share to TwitterShare to FacebookShare to Pinterest

Talking About Sexual Harassment in Science 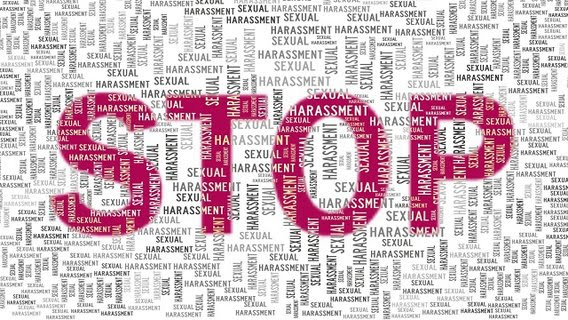 UPDATE: In the comments Andrew Maynard replies to this post.

Several colleagues have pointed me to the unsavory episode that is presently the talk of the science communication field involving the magazine Scientific American. I actually don't read Scientific American or its blogs and my professional work only occasionally crosses paths with those who identify themselves in "science communication." So I don't know anyone involved in this issue. Yet, this is an episode about which those who care about science in society should openly discuss.

The issue involves a case of sexual harassment for which the allegations are apparently not under dispute. I won't give the full play-by-play but apparently a popular editor at Scientific American named Bora Zivkovic met with a prospective author, Monica Byrne, and had an admittedly inappropriate conversation with her, all but propositioning her on the spot. Byrne's account is here, Zivkovic's apology here.

I will assume that Scientific American is a professional organization and will respond appropriately to this situation, which obviously involves completely unacceptable behavior from one of its high-profile staff. What motivates me to write this post is a remarkable, unsolicited intervention from a high-ranking faculty member and administrator at the University of Michigan, Andrew Maynard.

Professor Maynard wrote an email to Byrne pressuring her to remove any reference to Zivkovic in her public complaint about the harassment. Maynard writes:


I have corresponded with Bora [Zivkovic] on occasion, but have never met him in person.  I have no reason to doubt your account of your meeting with him.  I do know that he has been a major factor in the rise of informal science writing and web-based science communication in the US and beyond.  And that he is highly respected within his community.  Whether these are adequate justifications for not calling him out by name I leave with you.  But I would advocate for consideration and compassion at this stage.

This is an incredible and telling request. It is incredible because it comes from a person in a position of authority (professional, not supervisory) seeking to protect a colleague's inappropriate behavior. It is telling because Professor Maynard felt compelled to publicly "out" his own interaction with Byrne (after she referenced his email on Twitter), after asking her to avoid doing much the same.

There are of course all sorts of social factors at play in science, as in any field of endeavor, which shape behavior. Some of them -- like groupthink and disciplinary cliques -- are annoying and can even be pathological. Other behaviors are just wrong and unacceptable. Among these are sexual harassment and excusing sexual harassment because an accomplished scientist (male in this case) is "highly respected within the community." Ack.

I'd guess that this case has still a denouement to play out, but however it ends it is one worth discussing with students in the classroom. The issues are uncomfortable and can be difficult to discuss, but they are obviously part of the social context of contemporary science and thus worth our attention. Kudos to Byrne for speaking out in a responsible manner.
Posted by Roger Pielke, Jr. at 10/16/2013 09:37:00 AM
Email ThisBlogThis!Share to TwitterShare to FacebookShare to Pinterest

The figure above comes from a post at the Center for Global Development by Todd Moss and Madeleine Gleave. They ask, how much power does Africa really need? Their answer (based on estimates and methods you can read in their post) is ... a lot.

Here is their bottom line:

Do read the whole thing.
Posted by Roger Pielke, Jr. at 10/11/2013 08:28:00 AM
Email ThisBlogThis!Share to TwitterShare to FacebookShare to Pinterest

Shout Out to Sinead

I considered a doing post on the trillion tonne nonsense in IPCC, but I decided instead to give a shout out to Sinead.

Richard Tol wants something less Grammy-phied, I aim to please around here, so here you go:

Posted by Roger Pielke, Jr. at 10/08/2013 09:26:00 PM
Email ThisBlogThis!Share to TwitterShare to FacebookShare to Pinterest

Coverage of Extreme Events in the IPCC AR5

I had been scheduled to testify before the House Science Committee next week in a hearing on extreme events, but the gong show in Washington has put that off.

In the process of updating Senate testimony given back in July (here in PDF) I did compile some key statements from the IPCC AR5 WGI Chapter 2 on extremes.

Here are a few:

There is really not much more to be said here -- the data says what it says, and what it says is so unavoidably obvious that the IPCC has recognized it in its consensus.

Of course, I have no doubts that claims will still be made associating floods, drought, hurricanes and tornadoes with human-caused climate change -- Zombie science -- but I am declaring victory in this debate. Climate campaigners would do their movement a favor by getting themselves on the right side of the evidence.
Posted by Roger Pielke, Jr. at 10/03/2013 03:40:00 PM
Email ThisBlogThis!Share to TwitterShare to FacebookShare to Pinterest
Newer Posts Older Posts Home
Subscribe to: Posts (Atom)