Talks This Week in Seattle and Tempe

I'll be discussing The Climate Fix in Seattle on Monday and Tempe on Tuesday.  If you attend and are a blog reader, please do say so, and say hello!

Why can’t the world successfully address global warming? Science-policy expert Roger Pielke says it’s not the fault of those who reject the Kyoto Protocol, but those who support it and the magical thinking it represents.

Pielke, author of The Climate Fix, says that to repair climate policy, we need to shift the debate from meaningless targets toward a revolution in how the world’s economy is powered, neutralizing the venomous politics surrounding the crisis. 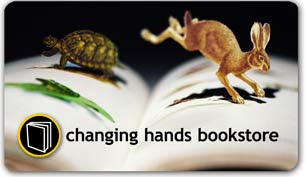 Roger Pielke, Jr. | The Climate Fix: What Scientists and Politicans Won't Tell You About Global Warming

Science policy expert Roger Pielke, Jr. presents his book The Climate Fix: What Scientists and Politicians Won’t Tell You About Global Warming. Why has the world been unable to address global warming? Pielke says it’s not the fault of those that reject the Kyoto Protocol, but those who support it. Pielke offers a way to address climate policy by shifting the debate away from targets and towards a revolution in how the world’s economy is powered, while de-fanging the venomous politics surrounding the crisis. Co-sponsored by the ASU School of Sustainability. More info: Sustainability.ASU.edu.