Disasters Wanted: The Math of Capitalizing on Florida's Risk 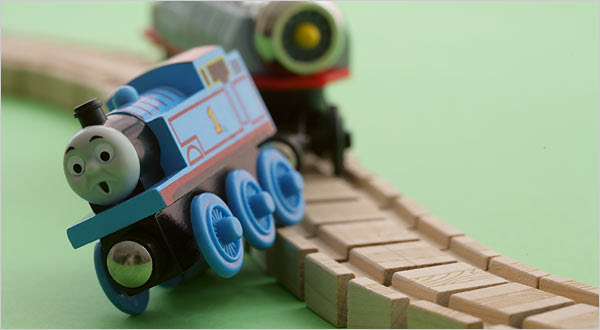 [Correction 10/31: This post has been updated.  The Herald-Tribune is in Sarasota, not Tampa. Sorry!]

The Sarasota Herald-Tribune has another interesting article about the role of reinsurance companies in providing coverage against hurricane risks, or depending upon your view, in fleecing Florida consumers.

After I posted up some comments on the previous article from the Sarasota paper, I heard from a number of people in the re/insurance industry explaining that the situation is complex and business are simply responding to the commercial and regulatory environment.  The issues are complex, but the numbers reported by the Herald-Tribune are eye-opening regardless.  Consider this math:


On average, the Herald-Tribune calculated, reinsurers charge five times more than the actuarial risk of loss.
The translation for Florida property owners: For every $1 in hurricane risk to their home, they pay another $4 for the reinsurer's profit. In other words, if a reinsurer determines a home is likely to sustain $2,000 in damage in a year, it will charge $10,000 to cover that home.
In reinsurance, such math is unquestioned. It is not "undue profitability" but "the cost of capital," concluded an industry-funded study by the vaunted Wharton Risk Center at the University of Pennsylvania.
"Insurers need considerable capital to supply this insurance and the cost of that capital is included in the premium," they note.

How does this happen?  The article explains that after Katrina, primary insurers started pulling out of Florida, due to perceptions of risk but also due to the regulatory environment.  The consequence was a greater reliance on Bermuda-based reinsurers:


From 2005 to 2008, 2.2 million Florida homeowner policies were canceled or non-renewed. The state-run Citizens Property Insurance for the first time became the largest provider of hurricane coverage in Florida.
With no viable alternative, state regulators and private insurance companies looked to offshore reinsurers to underwrite the risk posed by storms. With a few million dollars in the bank, newly formed insurers could buy large amounts of reinsurance to instantly write billions of dollars worth of coverage.
The new Florida norm are carriers like ACA Home, a tiny St. Petersburg home insurer started after 2005 with funding in part from a Bermuda reinsurer.
ACA Home has no employees and pays an affiliate, American Strategic, to run its business.
Financial filings show reinsurers take 86 cents of every premium dollar ACA collects -- $9 million of the $10.5 million it collected in 2009.
The cost for turning over almost all of its risk is high. ACA pays as much as 33 cents for $1 of protection against the most likely kind of storms, the equivalent of paying $66,000 a year to insure a house worth $200,000.

Ironically, such reinsurers thrive on disasters, and the following passage from the Herald-Tribune article will be a surprise to many I am sure:


FOR A GUT-WRENCHING 48 hours in September 2008, the National Hurricane Center's skinny black line pointed like an accusation at Miami.
Hurricane Ike was barreling through the Atlantic as a Category 4, on a westerly track that had the potential to deliver the long-dreaded sucker punch that would bring Florida to its knees.
As stomachs churned in Florida, a quarter turn around the globe on the balmy Mediterranean, the reinsurance industry welcomed an American calamity.
The financial giants who underwrite the world's risks were gathered in Monte Carlo for their annual Rendez-Vous de Septembre. Amid champagne parties and sailing races, they kept close watch on the advance of the storm.
Profits at that moment were flat and reinsurance rates falling, even in Florida.
By their analysts' calculations, it would take a $35 billion disaster to turn the market around.
The head of research for a London brokerage sized up the hurricanes circulating in the American Gulf.
"Gustav and Hannah: perhaps unlikely to have a major impact ..." he told financial writers in the plush salon of a Monte Carlo hotel, as they picked over silver trays of tiny lime tarts.
"But Ike ..." he said, turning his attention to the storm worrying Miami, "... depending on which way it goes, it could be a turning point, ladies and gentlemen."
There was nothing in his tone, nor the reaction of those taking note, to reveal they were discussing the decimation of another American city.
There is a perverse tendency for the reinsurance industry to hope for disaster.
The cost of calamity coverage is determined mostly by supply and demand. Big disasters can temporarily dampen quarterly profits and even kill a few unlucky reinsurers, but they drive up demand and draw down capital, shrinking supply.
The result is record profits made on the back of the world's biggest catastrophes -- Hurricane Andrew, 9/11 and Hurricane Katrina.
The macabre sentiment pervading Monte Carlo in 2008 was parodied a few mornings later at the Cafe de Paris, where reinsurance brokers massed 20-deep for preliminary negotiations on the hurricane contracts for which Floridians would pay the next year.
"Industry mourns the passing of Gustav," joked a headline in the Rendez-Vous edition of the normally sedate Insurance Day.
By missing New Orleans, the trade journal quipped, the hurricane had "failed to destroy billions of dollars worth of energy infrastructure and make millions of uninsured poor people homeless.
"An executive from a Bermuda start-up said he had lost everything as a result of the non-storm ...
"'I've got everything riding on a big one.'"

The banks waited too long to get their house in order, I wonder if reinsurance will do the same.  If not, politicians will likely be more than happy to do it for them.
Posted by Roger Pielke, Jr. at 10/28/2010 07:43:00 AM
Email ThisBlogThis!Share to TwitterShare to FacebookShare to Pinterest
Newer Post Older Post Home