More on Rebound and the "Iron Law" of Climate Policy 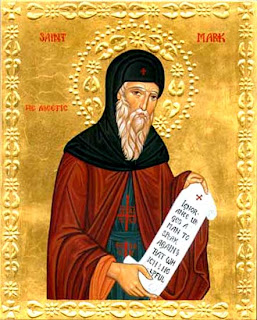 The Washington Post has a nice article on the rebound effect and energy efficiency (h/t Daniel in the comments).  Here is an excerpt:


The amount of energy that the average American requires at home has changed little since the early 1970s -- despite advances in technology that have made many home appliances far more energy efficient.

Dishwashers use 45 percent less energy than they did two decades ago, according to industry data. Refrigerators use 51 percent less.

But on a per-capita basis, Americans still require about 70 million British thermal units a year to heat, cool and power their homes, just as they did in 1971. (One BTU is the energy required to heat one pound of water one degree Fahrenheit.)

A key reason, experts say, is that American homes are getting bigger, which means more space to heat and cool. And consumers are buying more and more power-sucking gadgets -- meaning that kilowatts saved by dishwashers and refrigerators are often used up by flat-screen televisions, computers and digital video recorders.

These trends "have balanced each other out. It's been a wash, basically," said Lowell Ungar of the nonprofit Alliance to Save Energy.

What happens when people start saving money on their energy through efficiency?


Last year, the consulting firm McKinsey and Co. estimated that by 2020 the United States could cut its projected energy use 23 percent by implementing efficiency measures and that about one-third of that change could happen in homes.

But success has remained frustratingly out of reach in American homes. In Northern Virginia, Troy Tanner, president of a company called the Home Energy Detective, has an up-close view of why.

Tanner helps clients add insulation or seal leaks in air ducts, which saves energy needed for heating and cooling -- and money spent on bills. But often, Tanner said, neither the money nor the energy stay saved.

"You tell them to turn off their cable box or their video box," he said. But then "they crank it on and they lose five minutes when it's warming up. That's the last time they're going to do that."

Even so, some still think that they can sell asceticism:


Steve Nadel of the American Council for an Energy-Efficient Economy said the old idea was that customers would never really have to sacrifice to save. That strategy was born at the end of the energy crisis of the 1970s out of unhappy memories of wearing sweaters indoors.


"Energy prices were going up, and people really did want to do things" to save energy, Nadel said. "But then energy prices moderated, and people said, 'We want to go back to the old things.' "

Now, he said, "Do we tell people that 'Maybe you should consume a bit less?' I think we need to do more of that."

With economic policy makers around the world trying to stimulate economic activity (which means more consumption), messages focused on limiting consumption are going to be hard if not impossible to sell to individuals and policy makers alike.

But whether sacrifice can be sold or not, calling for it represents a capitulation to the fact that efficiency gains, as important as they are, cannot carry the lion's share of the burden of decarbonizing the economy.  Remember that efficiency means doing the same or more with less energy.  Sacrifice, on the other hand, simply means doing less.  Arguments for decarbonization that end up calling for limiting economic growth are losing propositions.  People can throw tantrums about that fact, but it doesn't make it any less of a boundary condition to policy design.
Posted by Roger Pielke, Jr. at 10/01/2010 01:58:00 PM
Email ThisBlogThis!Share to TwitterShare to FacebookShare to Pinterest
Newer Post Older Post Home