Why Regulation of Financial Innovation Cannot Follow an FDA Model

The Economist points towards an interesting new paper by Posner and Weyl titled, "An FDA for Financial Innovation:Applying the Insurable Interest Doctrine to Twenty-First-Century Financial Markets." The paper argues that innovation in finance ought to be regulated in a manner similar to how the Food and Drug Administration regulates innovation in medicine:

We make two contributions. First, we propose a simple test for determining whether a financial instrument is socially valuable or socially costly, and argue that socially costly financial instruments should be banned... Second, we propose ex ante regulation of the market in financial derivatives, where financial innovators must submit proposed new financial products to the government for approval before they may sell them to the public. We will refer to this agency as the Financial Products Agency (FPA), although we are agnostic as to whether a new agency should be created or existing agencies, such as the SEC or CFTC, should be given these powers.7 We draw on the analogy of the Food and Drug Administration (FDA), which similarly has the power to ban new pharmaceuticals that do not meet stringent safety standards.

The Economist takes issue with the values that Posner and Weyl seek to regulate -- speculation is bad, hedging is good (a focus of 35 of the paper's 47 pages) -- and notes that the distinction is not so clear in practice. While I agree with this argument, let's set it aside as there is a more fundamental problem with the idea of a financial FDA. 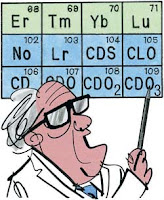 The Posner and Weyl argument provides a sense of what’s wrong with the FDA idea. It requires the regulator to have near-perfect foresight about how a product will be used in the future. According to our recent survey, it’s not new products that cause harm. Problems primarily develop when products mutate and become so prevalent they pose systemic risk. Many new products never get to this stage; if they’re ill-conceived they die an early market death. The challenge for regulators should not be predicting the evolution of every new product, but rather monitoring financial markets to detect innovations that have become large enough to pose real danger. For example moving widely traded derivatives to an exchange is a good idea because that imposes more transparency and limits counter-party risk.

Even if a benevolent and omnipotent financial regulator existed, new products are often created in response to an individual client's need. If an American or British bank can’t sell it to the client until it undergoes a lengthy government review, the client will go somewhere else. To be fair Mssrs Posner and Weyl admit this issue merits “further research".

It’s tempting to see the harm financial products can cause and liken it to medication which, if not thoroughly tested, can also serious illness or death. But it’s a bad analogy. New drugs can be tested in trials and in a lab. There is no equivalent for financial products. The only laboratory is the market. To effectively balance efficiency and safety, a good regulatory system should observe financial products closely in the wild and only then determine which pose a threat.

This critique is spot on. 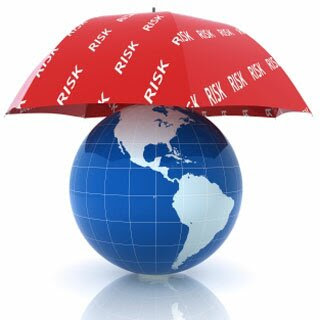 To cite a practical example, I have often been critical of so-called "catastrophe models" that are used in the insurance and reinsurance industry, which are a form of financial innovation. The nub of my critique is not that such models are inherently bad or good, but rather, that there is no one in industry or the public sector who is providing an evaluation of the use and impacts of such models in decision making. Are they being well-used? Do they create systemic risks along the lines of the risks created by the injudicious use of VaR models? Both? Who knows? With the exception of a cursory review done by a Florida commission, there is no systematic assessment of the models, their predictions (and yes, they offer predictions, just like VaR models) or their use and impact.

Understanding the impacts of financial innovation in broad societal context is not at all like assessing an pharmaceutical intervention into the human body, and by its nature cannot ever be treated in the same manner. The regulation of financial innovation necessarilty has to focus on monitoring and response. Arguably, right now we don't do a very good job on the monitoring, except after crashes occur.
Posted by Roger Pielke, Jr. at 4/04/2012 08:27:00 AM
Email ThisBlogThis!Share to TwitterShare to FacebookShare to Pinterest
Newer Post Older Post Home