Reader Mail: Win Some, Lose Some

I received the thoughtful comment below from a reader down under about my ANU talk on The Climate Fix. At almost the exact came time, I received an email from another reader who explained that he recommended the talk to two atmospheric scientists at a US state department of environmental protection, who refused to watch it because I do not "acknowledge atmospheric science data" -- whatever that means;-) As a policy scholar you quickly learn that some people are willing to engage and others are not (and it can be surprising who falls into which category). Win some, lose some! 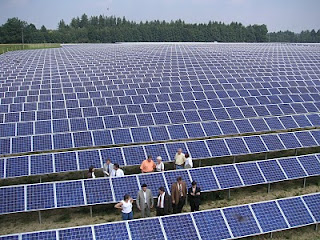 Thank you for this lecture, it’s a breath of fresh air in what I feel is an increasingly putrid political atmosphere with regards to climate change in Australia (no lame puns intended).

For example, just a few days ago, the ABC here devoted 2 hours of airtime (a 1 hour documentary followed by a 1 hour talk show discussion) to a tiresome ‘debate’ between a climate-believer and climate-sceptic (called “Can I change your mind about climate?” http://www.abc.net.au/tv/changeyourmind/), with all of the predictable and useless shenanigans resulting. Thankfully, your lecture undermines the pure silliness of such a question in the space of a few seconds. If only all of the people who wasted those 2 hours could’ve watched your 1 hour lecture instead!

Your refreshingly straightforward use of measuring sticks got me thinking about how the issue of decarbonising the economy is communicated by some people in Australia. It occurred to me that there may well be people smart enough to comprehend the enormous engineering scale of the challenge, but have found clever ways to disguise its magnitude by saying, for example, that Australia could decarbonise its economy by simply building a big 50km x 50km solar panel. Considering the enormous arid, sunny expanses of Australia, this figure can actually come across as underwhelming (!), as mentioned in this government report by ABARES (the Australian Bureau of Agriculture and Resource Economics) – http://adl.brs.gov.au/data/warehouse/pe_aera_d9aae_002/aeraCh_10.pdf (part 10.3.1, page 268), and in this presentation by a Melbourne urban planner, Rob Adams, who is talking about future energy use in Australia (though he misquotes the 50km x 50km, i.e. 2500 sq. km figure as 50 sq. km) - http://www.youtube.com/watch?v=ZYJpdH-VGwc (15:44 in).

I did some simple maths from your presentation, which I think produces a comparable figure to the one mentioned in the ABARES report and Adams' presentation (assuming that each Cloncurry solar farm is roughly a hectare, 100m x 100m, in area – though this may well be an underestimate):

Undoubtedly, it is more appealing to say that Australia’s carbon-free future lies in building one big 50km x 50km solar panel somewhere in the middle of the desert, rather than saying that Australia’s carbon-free future lies in building more than 200 000 solar farms. This is similar to the example you give of the hard imagery of dozens of nuclear plants versus the soft imagery of clean, green initiatives in the UK – a case of same difference.

Do you think this communication barrier can ever be overcome, when it seems that communicators themselves have figured out ways to massage the use of measuring sticks to make their messages more palatable? Or are we doomed to be stuck in a situation where hard, objective realities are obfuscated by people projecting their own mentally pleasing imagery onto them? I think it's a fascinating question that goes to the heart of the efficacy of political communication.