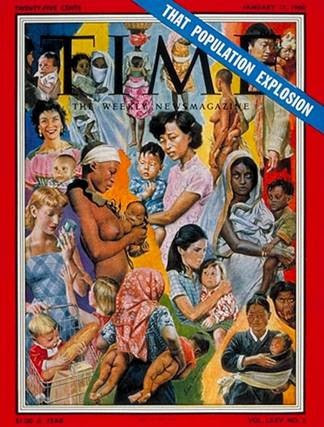 NOTE: This is a guest post by Michael Shellenberger and Ted Nordhaus of The Breakthrough Institute

In the two years since climate treaty talks fizzled in Copenhagen, the international community finally seemed to be learning from its mistakes. A growing number of NGOs and academics pointed to the lack of cheap and clean alternatives to fossil energy as the underlying cause of the failure of Kyoto, cap and trade, and the Emissions Trading Scheme in Europe. Business leaders like Bill Gates called for radical energy innovation as the key to feeding and electrifying the planet -- without overheating it. And in a recent BioScience article, a number of prominent ecologists issued a manifesto calling for an international embrace of "planetary opportunities" like urbanization and agricultural innovation, two keys to truly sustainable development.

Now, in preparation for the Rio+20 Earth Summit next June, the UN appears to be poised to take a giant step backwards. Last week officials announced that the proposed Rio+20 framing document endorses the notion that there are hard ecological limits -- "planetary boundaries" -- to human development. When asked about the BioScience paper calling for a focus on planetary opportunities, Johan Rockstöm, the lead author of the planetary boundaries hypothesis, told a green blogger last week, "We should not frame this crisis as an opportunity. This is not an opportunity." Rockstrom added that he found the "technology-will-solve-all-our-problems camp tiresome."

If the United Nations were seeking to further alienate the rapidly-growing developing world from common ecological action, it could do no better than to embrace this hoary, unscientific Malthusianism. China has done more than any nation in recent years to make solar, nuclear and wind energy cheap. Brazil has become a soy powerhouse through agricultural innovations that hold promise for increasing food production in Africa. The last thing the UN should be telling the four out of ten human beings who rely on wood and dung as their primary power sources is that we've reached the limits to human development, and technology can't save you.

Per capita food production has risen steadily ever since the 18th Century aristocratic British economist Thomas Malthus called for greater celibacy and cutting off assistance to the poor in the name of environmental limits to technology. And yet, to this day, putting limits on human development continues to appeal to those who have been wealthy for so long that they have forgotten the material foundation of their affluence and are delusional about their ability to live without it.

To be sure, there are tipping points in nature, including in the climate system, but there is no way for scientists to identify fixed boundaries beyond which point human civilization becomes unsustainable for the simple reason that there are no fixed boundaries. Humankind has constantly transgressed and changed such boundaries through technology and social systems. Writes Erle Ellis in a new Breakthrough Debate with Bill McKibben, Nils Gilman, and others, "Human populations have been sustained far beyond their 'natural limits' for millennia, not by benevolent nature, but by increasingly engineered environments and increasing use of energy."

What the world offers are not bright lines but rather trade-offs -- often difficult ones. By burning coal, for instance, poor nations  can cheaply and quickly develop in ways that better protect them from natural disasters -- even as its emissions increase the risk of extreme weather events in the future. In converting more forest land into farms, nations increase living standards and food consumption -- even as they increase emissions, deplete water resources, and send species into extinction.

Stop and think for a moment about the basic elements of the planetary boundaries hypothesis: apocalyptic fears of the future, a professed desire to return to an earlier state of nature, hypocrisy about wealth, appeals to higher authorities. These are the qualities of our worst religions, not our best scientific theories.

If the UN is to fulfill its promise of being a global leader, it must direct humankind's powers into shared endeavors, like making clean energy cheap, and agricultural innovation for adaptation to a hotter world. The nations of the world will never unify around policies aimed at slowing or reversing growth in order to return to the Holocene, but they might come together around common technology investments to create a better Anthropocene.

This will require getting comfortable with humankind's role as high-tech stewards of a rapidly-changing planet, and a new global ethic. Drawing on recent discoveries in archeology, the two of us argue for a new ecological worldview in the environmental magazine Orion (below). It was technology that made us human. We have been engineering ecosystems since before we were Homo sapiens, and will continue to do so long into the future.

Faced with serious ecological challenges, "saving the world" can no longer mean protecting it as it once was but rather constantly re-creating it through the intelligent application of our technologies.  For civilization to thrive in the Anthropocene, we must make the most of them.
Posted by Roger Pielke, Jr. at 4/03/2012 10:37:00 AM
Email ThisBlogThis!Share to TwitterShare to FacebookShare to Pinterest
Newer Post Older Post Home