Still No War on Science 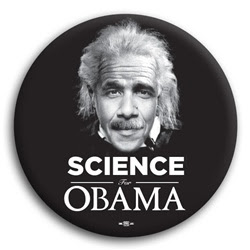 The Obama Administration has again been caught out playing politics with science, according to the Washington Post:


The oil spill that damaged the Gulf of Mexico's reefs and wetlands is also threatening to stain the Obama administration's reputation for relying on science to guide policy.

Academics, environmentalists and federal investigators have accused the administration since the April spill of downplaying scientific findings, misrepresenting data and, most recently, misconstruing the opinions of experts it solicited.

The latest complaint comes in a report by the Interior Department's inspector general, which concluded that the White House edited a drilling safety report in a way that made it falsely appear that scientists and experts backed the administration's six-month moratorium on new deep-water drilling. The Associated Press obtained the report Wednesday.

The inspector general said the editing changes by the White House resulted "in the implication that the moratorium recommendation had been peer reviewed." But it hadn't been.

One might be tempted to conclude that the politicization of science is a bipartisan affair.

Nah, that can't be true. The politicization of science is something done only by one's political opponents. Yes, that sounds much better.
Posted by Roger Pielke, Jr. at 11/10/2010 10:01:00 PM
Email ThisBlogThis!Share to TwitterShare to FacebookShare to Pinterest
Newer Post Older Post Home