Estimating the Costs of Universal Electrification 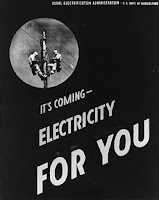 How much would it cost to provide basic energy access to everyone?  Michael Levi points to a new paper that he co-authored where the answer -- to one significant digit -- is $100 billion per year:


We have critically reviewed estimates of the costs related to promoting energy access and provided a basis to compare the figures. Considering some of the gaps identified, we have provided an estimate based on full levelised costs as a means of capturing dimensions absent from other analyses. While recognizing the coarse nature of our analysis, we find that the annual cost of universal energy access ranges from USD 12 to 134 billion for electrification and from USD 1.4 to 2.2 billion for clean cooking. The total (electricity and cooking) reaches USD 14, 62, and 136 billion for the low, medium and high scenarios, respectively. We note the sensitivity of the estimates to the underlying assumptions. Still, providing an order of magnitude assumption and bringing further transparency to methodological approaches can help support decision making at an international level and underpin political aspirations.

The total cost of reaching universal access to modern energy services might be significantly higher than indicated by the published studies. Our higher estimate is perhaps more realistic and is still possibly low, due to the methodological inadequacies discussed. Thus, we believe that for the purposes of political discourse, the total cost figure for full access to energy over USD 100 billion per annum – and roughly 1.5 trillion in total to 2030 - is significantly larger than the most oft-cited figures. It remains a fraction of total estimated investment costs in energy-supply infrastructure which amounts to USD 26 trillion for the period 2008-2030 (IEA 2009b, 104), and excludes recurrent costs.