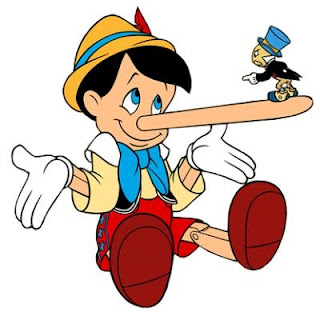 [UPDATE 12/6: Mickey Glantz has this to say on his Facebook page:


kevin trenberth MAY know science but to ask him to review this interdisciplinary assessment is a joke played on readers by Science's editors. scientists are angry because they are losing control of the climate issues to other disciplines and NGOs. I think i will write a review of the climate models and i wonder if Science will print it!]

You don't expect to pick up Science magazine and read an article that is chock full of fabrications and errors.  Yet, that is exactly what you'll find in Kevin Trenberth's review of The Climate Fix, which appears in this week's issue.

It is of course more than a little interesting that Science saw fit to ask one of my most vocal critics to review the book. Trenberth has been on the losing side of debates with me over hurricanes and disasters for many years.  But even so, I am quite used to the hardball nature of climate politics, and that reviewer choice by Science goes with the territory.  It says a lot about Science.  Trenberth's rambling and unhinged review is also not unexpected.  What is absolute unacceptable is that Trenberth makes a large number of factual mistakes in the piece, misrepresenting the book.

Science should publish a set of corrections.  Here is a list of Trenberth's many factual errors:

1. TRENBERTH: "An example that he might have mentioned, but does not, is President George W. Bush's 2001 rejection of the Kyoto Protocol on the grounds that it would hurt the economy. "


REALITY: Not so.  From p. 50, "[A]ction to achieve environmental goals will have to be fully compatible with the desire of people around the world to meet economic goals.  There will be no other way."

3. TRENBERTH: "Pielke does not address the international lobbying for economic advantage inherent in the policy negotiations. "

4. TRENBERTH: "He objects to Working Group III's favoring of mitigation (which is, after all, its mission) while ignoring Working Group II (whose mission is adaptation)."


REALITY: Again, not so. Chapter 5 is about the balance between  mitigation and adaptation in international policy and discusses both IPCC WG II and WG III (see pp. 153-155).  What Pielke objects to is defining adaptation as the consequences of failed mitigation.

5. TRENBERTH: "His claims that “the science of climate change becomes irrevocably politicized” because “[s]cience that suggested large climatic impacts on Russia was used to support arguments for Russia's participation in the [Kyoto] protocol”—as if there would be no such impacts and Russia would be a “winner”—look downright silly given the record-breaking drought, heat waves, and wildfires in Russia this past summer."


REALITY: Egregious misrepresentation.  Trenberth selectively uses half  of a quote to imply that Pielke was making a claim that he did not. The part left out by Trenberth (p. 156) was the counterpoint -- specifically that science that suggested few impacts on Russia was used in similar fashion by advocates to argue against the Kyoto Protocol.  Pielke concludes, "In this manner, the science of climate change becomes irreovocably politiciized , as partisans on either side of the debate selectively array bits of science that best support their position."

6. TRENBERTH: "Pielke stresses economic data and dismisses the importance of loss of life."

7. TRENBERTH: "Geoengineering is also dealt with by Pielke, but only briefly."


REALITY Not so. Pielke devotes an entire chapter to geoengineering (Chapter 5).

8. TRENBERTH: "[Pielke] does not address the practicality of storing all of the carbon dioxide."

And even with all these errors and false claims, Trenberth concludes that the book is on the right track:

Anyone who has read The Climate Fix should also read Trenberth's review, as they will learn something about Science magazine and a part of climate science community.  As is said, politics ain't beanbag, and climate politics are no different.
Posted by Roger Pielke, Jr. at 11/30/2010 12:36:00 AM
Email ThisBlogThis!Share to TwitterShare to FacebookShare to Pinterest
Newer Post Older Post Home