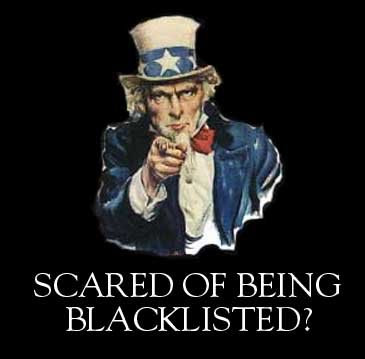 Little did I know it, but I am intimately associated with the world's most accomplished "climate skeptic." But he is not actually a skeptic, because he believes that humans have a profound influence on the climate system and policy action is warranted. More on that in a second.

A new paper is out today in the Proceedings of the National Academy of Sciences (which I'll call APHS10 after the author's initials) that segregates climate scientists into the "convinced" and the "unconvinced" -- two relatively ambiguous categories -- and then seeks to compare the credentials of the two groups. The paper is based on the tireless efforts of a climate blogger, self-described as "not an academic," who has been frustrated by those who don't share his views on climate change:

I've also grown all too familiar with the tiny minority of 'climate skeptics' or 'deniers' who try to minimize the problem, absolve humans of any major impact, or suggest there is no need to take any action. I've gotten pretty fed up with the undue weight given to the skeptics in the media and online.

What qualifies one to be on the APHS10 list of skeptics, which I'll just call the "black list"? Well, you get there for being perceived to have certain views on climate science or politics. You get on the black list if you have,

signed any of the open letters or declarations expressing skepticism of the IPCC's findings, of climate science generally, of the "consensus" on human-induced warming, and/or arguing against any need for immediate cuts to greenhouse gas emissions.

In fact, it turns out that you don't even have to sign an open letter or argue against immediate cuts for emissions. You can simply appear unwillingly on Senator James Inhofe's list. A co-author of APHS10 warns on his website (but not in the paper) of the perils of relying on the Senator's list:

I caution readers to take this with a grain of salt: a number of experts have been included despite their strong support for GHG reductions. However, the list does record a significant number of people who are outspoken critics of Kyoto or of efforts to cut GHG emissions generally.

So you can find yourself on the black list as a "climate skeptic" or "denier" simply because you express strong support for greenhouse gas reductions, but have been critical of the Kyoto approach. On the other hand, a scientist like James Hansen, who has expressed considerable disagreement with aspects of the IPCC consensus, finds himself on the list of people who are said to agree with the IPCC consensus. In fact, it appears that simply being a contributor to the IPCC qualifies one to be on the list of those who are defined to be in agreement with the IPCC consensus and/or demand immediate action on emissions reductions and support Kyoto (unless of course one doesn't qualify, in which case you are placed on the other list -- it is complicated, trust me).

So what does this new paper measure exactly? Hell if I know. But it is clear that in the climate debate there are good guys and there are bad guys, and to tell them apart, it is important to have a list. A black list.

Back to the world's most accomplished "climate skeptic." That would be my father who not only tops the black list but also would be near the top of the list of acceptable scientists based on his credentials, had he been placed there. What sort of views does my father hold that would qualify him to lead the "climate skeptics" list?

I was copied on his reply to a reporter today and can quote from that. He provides this rather ambiguous statement:

I am not a "climate skeptic".

Note to Dad, there is no better evidence of your denier credentials than denying that you are a denier. Trust me -- been there, done that. Far from being a skeptic, my father has long argued that the IPCC has underestimated the human influence on the climate system, which includes but is not limited to carbon dioxide, a view that is pretty mainstream these days, thanks in part to his work. Does he "try to minimize the problem, absolve humans of any major impact, or suggest there is no need to take any action"? Well, no.

What my father does do is ask questions, challenge preconceptions, advance hypotheses and test them with data and analysis, followed by publication of his work in the world's leading climate journals for a period of decades without much regard for whether his work supports or challenges a consensus -- in short, he does exactly the sort of thing that makes you one of the most published and most cited scientists of your generation. But in the bizarre world of climate science deviation from or challenge to orthodox views on science or politics is enough to get you on a list as the top bad guy.

APHS10, co-authored by a leading climate scientist (Steve Schneider) and appearing in the premier journal of the National Academy of Sciences (PNAS) may very well mark a new low point in the pathological politicization of climate science. But hey, at least now we have a list. A black list.
Posted by Roger Pielke, Jr. at 6/21/2010 04:30:00 PM
Email ThisBlogThis!Share to TwitterShare to FacebookShare to Pinterest
Newer Post Older Post Home