Most Read Posts of 2012: Superheroes, Hooters Girls and the Bullsh*t Button

What were the most read posts at this blog in 2012?

1. Chief Scientists are no Superheroes 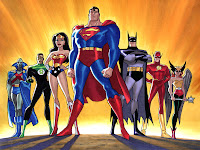 A critique of a House of Lords report on departmental Chief Scientific Advisors:


The basic flaw in the report is the assumption that science can be cleanly separated from the political process by empowering a heroic individual with special influence on policy making.

2. Hooters Girls are not Hicks Neutral

A part of an ongoing series of discussions on innovation, technology and the economy that is the subject of a new book:


This post is also part of a argument that asserts that the discipline of economics has failed to provide an account of innovation in the economy that helps to guide 21st century policy making, and more fundamentally, that economics is simply incapable of providing such an account. A big claim, sure to raise the hackles of card carrying economists. So fasten your seatbelt.

3. A Handy Bullshit Button on Disasters and Climate Change

Who knows how high and deep the nonsense on disasters and climate change will continue to be piled -- Way high is my guess. Keep yourself grounded with the scientific literature with this handy button:


With this post I am creating a handy bullshit button on this subject (pictured above). Anytime that you read claims that invoke disasters loss trends as an indication of human-caused climate change, including  the currently popular "billion dollar disasters" meme, you can simply call "bullshit" and point to the IPCC SREX report.

Other posts getting a lot of traffic included initial ruminations on the Peter Gleick impersonation/forgery affair, a critique of IPCC shenanigans before the US Congress and the IPCC's tortured response to an internally-motivated effort to correct errors in AR4 on disasters.

Thanks for reading and happy holidays!
Posted by Roger Pielke, Jr. at 12/21/2012 07:39:00 AM
Email ThisBlogThis!Share to TwitterShare to FacebookShare to Pinterest
Newer Post Older Post Home