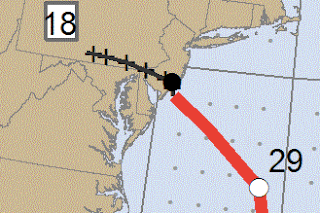 In a new report out today on the state of the catastrophe reinsurance industry, Willis Re has this interesting passage (here in PDF):


Superstorm Sandy has yet again demonstrated the danger of overreliance on catastrophe models, due to the complexity of the original loss as well as the emergence of a new and as yet unmodeled uncertainty: the politicization of policy form interpretation. Buyers who have relied on covers with indexed, non-indemnity triggers may yet find their reinsurance protections do not respond to Superstorm Sandy loss recoveries in the way they had planned.

This is of course the issue of the "hurricane deductible" that I have discussed recently on this blog. The way for reinsurers to address the politicization of policy form interpretation is to develop covers that rely on indexed, non-indemnity triggers which are robust to political meddling. Such risks are not ever going to be usefully modeled by cat modelers (who have a hard enough time as it is).

In plain English this means that the industry should rely on triggers that are unambiguous, verifiable and, ideally, independent from governmental decision making.
Posted by Roger Pielke, Jr. at 12/31/2012 10:58:00 AM
Email ThisBlogThis!Share to TwitterShare to FacebookShare to Pinterest
Newer Post Older Post Home