Graphs of the Day: Why is Corn so Expensive? 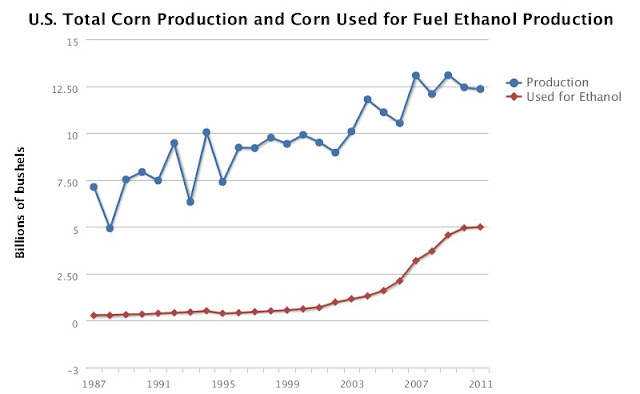 The graph above comes from USDA data displayed on this DOE website. It shows US corn production and also the amount devoted to ethanol production. USDA currently forecasts 2012 corn production at 10.8 billion bushels, the lowest since 2006.

However, due to government polciies increasing amounts of corn are diverted to ethanol production. The graph below simply shows the difference between the two curves above. 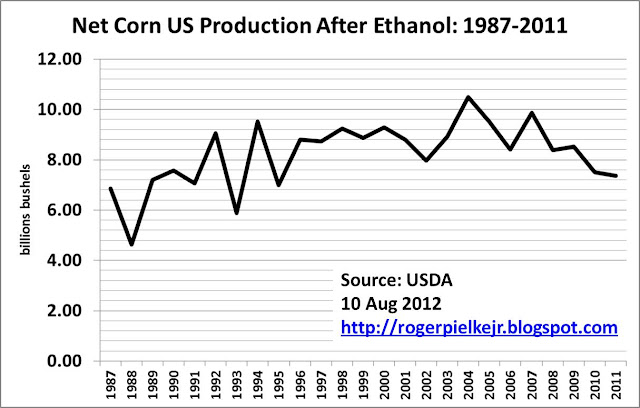 Why is corn so expensive? The answer does not seem difficult to understand.
Posted by Roger Pielke, Jr. at 8/10/2012 11:56:00 AM
Email ThisBlogThis!Share to TwitterShare to FacebookShare to Pinterest
Newer Post Older Post Home