Conclusion of Roundtable at the Bulletin of the Atomic Scientists 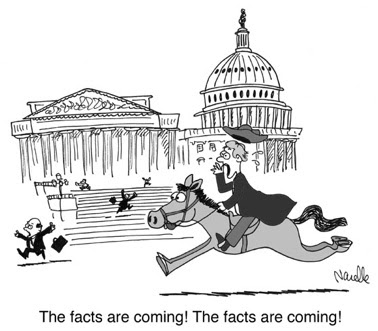 Over at the Bulletin of the Atomic Scientists, my final installment in the Roundtable with Robert Socolow and Randy Olson is up today.  The subject, you may recall, is how scientists should react when "When Politicians Distort Science."

Here is an excerpt from my piece today:


I'd like to return to discussing Socolow's central claim that science is under attack and needs defending from the anti-science brigades.

In short, I find the evidence for such a claim sorely lacking. In these cynical times, science is among the few institutions in society that is held in high regard. (Others include the military and first responders to disasters.) The most recent survey of public attitudes about science by the National Science Foundation found that 84 percent of Americans expressed support for government funding of basic research, and Americans have more favorable attitudes toward the promise of science and technology for our future than do Europeans. Further, Americans ranked scientists higher in prestige than 23 other occupations (and at a level similar to firefighters), a view that has remained virtually unchanged in the 35 years that the NSF has conducted its surveys.

These data hardly show an institution under attack or even a loss of support for science. Yet Socolow warns ominously that "an age of darkness could lie ahead" and worries about the "alienation of large segments of the public from the scientific enterprise." I have a hard time making sense of such general expressions of extreme concern, which are by no means unique to our exchange.

Please head over there, have a look at the contributions from all three of us, and feel free to return here to discuss or debate. And a special thanks to The Bulletin for hosting and to Olson and Socolow for an interesting exchange!
Posted by Roger Pielke, Jr. at 12/15/2011 08:03:00 AM
Email ThisBlogThis!Share to TwitterShare to FacebookShare to Pinterest
Newer Post Older Post Home