The Social Construction of Black Swans 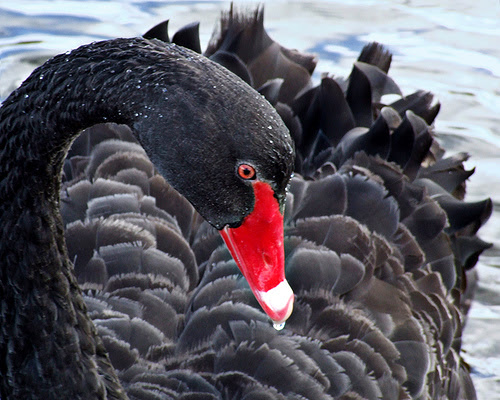 A "black swan" event in the words of Nassim Nicolas Taleb is characterized as follows:


What we call here a Black Swan (and capitalize it) is an event with the following three attributes. First, it is an outlier, as it lies outside the realm of regular expectations, because nothing in the past can convincingly point to its possibility. Second, it carries an extreme impact. Third, in spite of its outlier status, human nature makes us concoct explanations for its occurrence after the fact, making it explainable and predictable.

I stop and summarize the triplet: rarity, extreme impact, and retrospective (though not prospective) predictability. A small number of Black Swans explains almost everything in our world, from the success of ideas and religions, to the dynamics of historical events, to elements of our own personal lives.

The Fukushima nuclear disaster certainly would seem to qualify.  However, a closer look at why the disaster occurred reveals that it was a black swan of our own making.  Here is an explanation why this is so from a recent WSJ story (thanks TB! Emphasis added.):


A design flaw at Japan's Fukushima Daiichi nuclear plant -- one that senior engineers had known about for years -- caused the cooling systems to fail at four reactors after the March 11 earthquake and tsunami, according to company records and interviews with current and former employees.

Tokyo Electric Power Co., the plant's operator, used two different designs for protecting the backup generators for its cooling systems at 10 reactors in the Fukushima region. The cooling systems at the reactors with the older design failed, causing fuel meltdowns and explosions.

The older Fukushima reactors, dating back to the 1960s and built with General Electric Co.'s Mark I design, housed their electric-switching stations in exterior buildings vulnerable to the tsunami's waves. Newer reactors, meanwhile, house these stations in their sturdy main buildings.

When the waves knocked out the switching stations at the older reactors, they rendered the backup generators useless. "Once water gets in there, the whole thing is kaput," said Katsuya Tomono, a former TEPCO executive vice president.

GE said its reactors are safe and that any design flaws are TEPCO's fault because the company was in charge of design changes. Current and former TEPCO engineers say that in retrospect, they should have done something about the flaw.

It is well understood that black swan events emerge from the murky unknown.  What is less appreciated is that the murky unknown is often a region of our own creation.
Posted by Roger Pielke, Jr. at 7/08/2011 08:47:00 AM
Email ThisBlogThis!Share to TwitterShare to FacebookShare to Pinterest
Newer Post Older Post Home