Why More Precipitation Does Not Necessarily Mean More Flood Damage 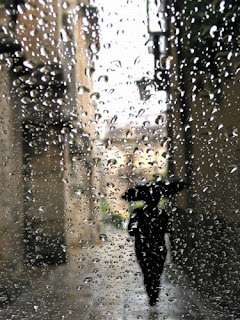 It is common to see studies that find an increase in precipitation (whatever the cause) quickly linked to claims of increasing floods. Making such a link, however comfortable and intuitive, is not so direct in practice.

In a peer-reviewed essay in the Bulletin of the American Meteorological Society in 1999 we explained the "apparent paradox" between observations of increasing precipitation but at the same time, a lack of trends found in the same regions in peak streamflow (floods).  Here is an excerpt from that piece:


Recently, Lins and Slack (1999) published a paper showing that in the United States in the twentieth century, there have not been significant trends up or down in the highest levels of streamflow. This follows a series of papers showing that over the same period "extreme" precipitation in the United States has increased (e.g., Karl and Knight 1998a; Karl et al. 1995). The differences in the two sets of findings have led some to suggest the existence of an apparent paradox: How can it be that on a national scale extreme rainfall is increasing while peak streamflow is not? Resolving the paradox is important for policy debate because the impacts of an enhanced hydrological cycle are an area of speculation under the Intergovernmental Panel on Climate Change (Houghton et al. 1996).

There does exist some question as to whether comparing the two sets of findings is appropriate. Karl and Knight (1998b) note that


As yet, there does not appear to be a good physical explanation as to how peak flows could show no change (other than a sampling bias), given that there has been an across-the-board increase in extreme precipitation for 1- to 7-day extreme and heavy precipitation events, mean streamflows, and total and annual precipitation.

Karl's reference to a sampling bias arises because of the differences in the areal coverage of the Lins and Slack study and those led by Karl. Lins and Slack focus on streamflow in basis that are "climate sensitive" (Slack and Landwehr 1992). Karl suggests that these basis are not uniformly distributed over the United States, leading to questions of the validity of the Lins and Slack findings on a national scale (T. Karl 1999, personal communication). While further research is clearly needed to understand the connections of precipitation and streamflow, in this letter we report the results of a recent study on the relationship of precipitation and flood damages. This letter seeks to address the apparent paradox from the perspective of societal impacts. We suggest that an analysis of the relationship of precipitation and flood damages provides information that is useful in developing relevant hypotheses and placing the precipitation/streamflow debate into a broader policy context (cf. Changnon 1998).

A recent study (Pielke and Downton 2000) offers an analysis that helps to address the apparent paradox. Pielke and Downton relate trends in various measures of precipitation with trends in flood damage in the United States. The study finds that the increase in precipitation (however measured) is insufficient to explain increasing flood damages or variability in flood damages. The study strongly suggests that societal factors – growth in population and wealth – are partly responsible for the observed trend in flood damages. The analysis shows that a relatively small fraction of the increase in damages can be associated with the small increasing trends in precipitation. Indeed, after adjusting damages for the change in national wealth, there is no significant trend in damages. This would tend to support the assertion by Lins and Slack (1999) that increasing precipitation is not inconsistent with an absence of upward trends in extreme streamflow. In other words, there is no paradox. As they write,


We suspect that our streamflow findings are consistent with the precipitation findings of Karl and his collaborators (1995, 1998). The reported increases in precipitation are modest, although concentrated in the higher quantiles. Moreover, the trends described for the extreme precipitation category (>50.4 mm per day) are not necessarily sufficient to generate an increase in flooding. It would be useful to know if there are trends in 24-hour precipitation in the >100 mm and larger categories. The term "extreme", in the context of these thresholds, may have more meaning with respect to changes in flood hydrology.

Karl et al. document that the increase in precipitation occurs mostly in spring, summer, and fall, but not in winter. H. Lins (1999, personal communication) notes that peak streamflow is closely connected to winter precipitation and that "precipitation increases in summer and autumn provide runoff to rivers and streams at the very time of year when they are most able to carry the water within their banks. Thus, we see increases in the lower half of the streamflow distribution."

Furthermore, McCabe and Wolock (1997) suggest that detection of trends in runoff, a determining factor in streamflow, are more difficult to observe than trends in precipitation: "the probability of detecting trends in measured runoff [i.e., streamflow] may be very low, even if there are real underlying trends in the data such as trends caused by climate change." McCabe and Wolock focus on detection of trends in mean runoff/streamflow, so there is some question as to its applicability to peak flows. If the findings do hold at the higher levels of runoff/streamflow, then this would provide another reason why the work of Lins and Slack is not inconsistent with that of Karl et al., as it would be physically possible that the two sets of analyses are complementary.

In any case, an analysis of the damage record shows that at a national level any trends in extreme hydrological floods are not large in comparison to the growth in societal vulnerability. Even so, there is a documented relationship between precipitation and flood damages, independent of growth in national population: as precipitation increases, so does flood damage. From these results it is possible to argue that interpretations in policy debate of the various recent studies of precipitation and streamflow have been misleading. On the one hand, increasing "extreme" precipitation has not been the most important factor in documented increase in flood damage. On the other hand, evidence of a lack of trends in peak flows does not mean that policy makers need not worry about increasing precipitation or future floods. Advocates pushing either line of argument in the policy arena risk misusing what the scientific record actually shows. What has thus far been largely missed in the debate is that the solutions to the nation's flood problems lie not only in a better understanding of the hydrological and climatological aspects of flooding, but also in a better understanding of the societal aspects of flood damage.

So if you want to connect increases in precipitation to flood damages, you need to ask at least two more questions:

Too often such questions are left unasked and unanswered.
Posted by Roger Pielke, Jr. at 2/16/2011 05:54:00 AM
Email ThisBlogThis!Share to TwitterShare to FacebookShare to Pinterest
Newer Post Older Post Home