Daniel Greenberg on The Climate Fix in Nature 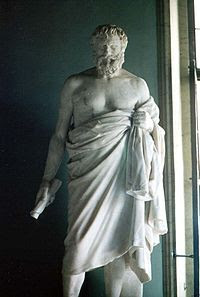 In the current issue of Nature, science policy polymath and well-known cynic Daniel Greenberg reviews The Climate Fix. Greenberg has some very positive things to say, upbraids me for my political naivete (showing his well earned role as dean of science policy cynics) and gets one big idea in the book very, very wrong.


Pielke merits admiration for his staunch defence of scientific accuracy and integrity. . . The author is well qualified to contest the established organs for addressing climate change, principally the IPCC and the UN Framework Convention on Climate Change. . . Pielke is not an apostle of inaction but a pragmatist who repeatedly and deservedly portrays his diagnoses and remedies as common sense.


[H]is well-argued book ignores political reality. Neither politicians nor the public respond to nuanced, cautiously worded messages from the arcane world of science. . . He largely fails to recognize, however, that common sense is frequently unwelcome in climate politics.. .

If my book is too be criticized for its nuance and excessive common sense, well, I suppose I can live with that;-)

Finally, Greenberg introduces a serious misrepresentation of my views when he characterizes them as follows:


Although Pielke accepts that the evidence for human influence on the climate system is robust, he stresses that the goal of cutting global carbon emissions is incompatible with economic growth for the world's poorest 1.5 billion people.

No. Not even close.  In fact, I argue much the opposite -- it is through providing energy access to the world's poorest and sustaining economic growth that lies our best chance for decarbonization.  This is the essence of the "oblique" approach that Chapter 9 focuses on.  I can't imagine how Greenberg got this confused as I state it ad nausem, unless he skipped or skimmed over the last chapter.  In the review he also confuses a carbon tax with a coal tax.  He further mistakenly suggests that I see a focus on carbon dioxide as a tradeoff with adaptation, when again, I say the opposite, specifically that they are not substitutes for each other.  Greenberg's expertise is not climate policy, but science policy, so that certainly explains his emphasis and perhaps his errors.

Ultimately, Greenberg concludes by emphasizing his own cynicism:


The Climate Fix illustrates the dilemma confronting scientists who seek to influence politics. Telling it like it is does not thrive on Capitol Hill. But shaping the message to suit the politics often involves a betrayal of scientific truth and a distortion of public and political understanding.

From where I sit, focusing on presenting politically acceptable policies built on a foundation of common sense is exactly what policy analysts and other experts should strive to do in the political process.  I simply reject his implication that there is a trade-off between honesty and effectiveness, and say so in the book.

I fully accept his criticism that the book introduces nuance and common sense into a debate that welcomes neither. Greenberg's review is appreciated, however it is unfortunate that he badly mischaracterizes some of the major points in the book in as prominent a venue as Nature.
Posted by Roger Pielke, Jr. at 9/29/2010 01:14:00 PM
Email ThisBlogThis!Share to TwitterShare to FacebookShare to Pinterest
Newer Post Older Post Home