Should Scientific Communications be Privileged? 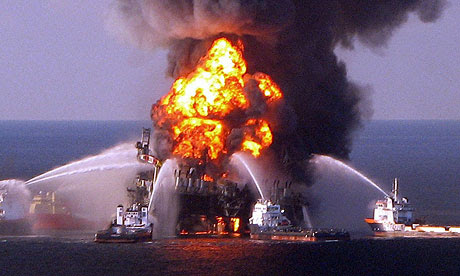 Writing in the Boston Globe, two scientists at the Woods Hole Oceanographic Institute have expressed concern that they have been required by a court to release email correspondence related to studies of oil flow rates in the aftermath of the Deepwater Horizon oil platform disaster.


Because there are insufficient laws and legal precedent to shield independent scientific researchers, BP was able to use the federal courts to gain access to our private information. Although the presiding judge magistrate recognized the need to protect confidential e-mails to avoid deterring future research, she granted BP’s request. . .

BP claimed that it needed to better understand our findings because billions of dollars in fines are potentially at stake. So we produced more than 50,000 pages of documents, raw data, reports, and algorithms used in our research — everything BP would need to analyze and confirm our findings. But BP still demanded access to our private communications. Our concern is not simply invasion of privacy, but the erosion of the scientific deliberative process.

In the lawsuit, the government is suing BP for damages associated with the oil spill and clean-up. The work done by WHOI, under government contracts (e.g., here and here) is presumably a key exhibit in the lawsuit, as the amount of oil spilled and its ultimate fate will be important to determining damages.

Given the many billions of dollars at stake, it should not seem surprising that BP has requested background information on the production of the oil flow estimates by the scientists, including their emails.

for their part, the scientists are worried that the emails may be used against them to impeach their work:


In reviewing our private documents, BP will probably find e-mail correspondence showing that during the course of our analysis, we hit dead-ends; that we remained skeptical and pushed one another to analyze data from various perspectives; that we discovered weaknesses in our methods (if only to find ways to make them stronger); or that we modified our course, especially when we received new information that provided additional insight and caused us to re-examine hypotheses and methods.

In these candid discussions among researchers, constructive criticism and devil’s advocacy are welcomed. Such interchange does not cast doubt on the strengths of our conclusions; rather, it constitutes the typically unvarnished, yet rigorous, deliberative process by which scientists test and refine their conclusions to reduce uncertainty and increase accuracy. To ensure the research’s quality, scientific peers conduct an independent and comprehensive review of the work before it is published.

If their science is sound and has been accurately reported in the peer reviewed literature, then these concerns are misplaced. The messiness of science is a reality and need not undermine solid scientific work. If the peer reviewed work is defensible -- and I presume that it is -- then this case may have to be made, but that would not distinguish this lawsuit from a bazillion others where experts are called to provide evidence.

A second concern raised by these scientists is that their "intellectual property" is at risk. This is a strange concern, as there are multiple avenues for protection of intellectual property that these scientists could take advantage of, protecting themselves from it being stolen by BP. If I were WHOI I'd be more concerned about high value and unprotected IP being shared around via email, regardless of the BP disclosure.


Our experience highlights that virtually all of scientists’ deliberative communications, including e-mails and attached documents, can be subject to legal proceedings without limitation.

This is correct -- When scientists operate with public support and the resulting work is used in the making of important decisions, whether in a lawsuit or in policy, we should expect that deliberations will be subject to public disclosure. Asking for a special privilege in scientific communication is highly unlikely ever to be a successful strategy under US law. Besides, good science, even when messy, does not need to be hidden from view.
Posted by Roger Pielke, Jr. at 6/04/2012 09:18:00 AM
Email ThisBlogThis!Share to TwitterShare to FacebookShare to Pinterest
Newer Post Older Post Home