An Invasion of Foreign Shoes

I thought it was worth sharing, as it helps to show that our political debates have, in some respects, changed very little over 80 years. Politicians (of both parties) have an impressive track record of repeatedly getting it wrong on manufacturing and productivity, and that includes those two guys at the top of this post. 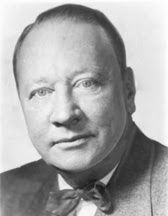 SENATOR ROBERT RICE REYNOLDS (D-NC, right). China is building its own textile plants. There are almost as many textile plants, as I observed only last December when I was there, in Bombay, India, as there are in Lancaster, England. There are 25 or more huge textile plants there. In China, with its 500,000,000 people; in India, with its 350,000,000 people; they have gotten wise to themselves, and they are establishing their own textile plants and growing their own cotton. It is a problem that we in the future shall have to confront, and in dealing with the problem pertaining to cotton I say we should not drive our friends from our doors.

Mr. WALSH. Is it not true that the change which the Senator is describing as taking place throughout the countries of the world is applicable not only to textiles but to every other commodity?

Mr. REYNOLDS. Absolutely. I am glad the Senator from Massachusetts injected that statement at this time.

Mr. WALSH. And does not that mean that for the first time, or at least at the present time, we are confronted with the problem of demanding and insisting that the home market be retained and preserved for our manufacturers, when we are losing on all sides the foreign market? 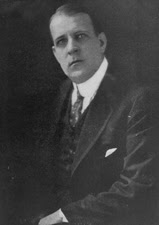 Mr. WALSH. That is happening even in the case of boots and shoes, which were first manufactured in this country.

Mr. REYNOLDS. Yes; and they are now manufactured in large numbers in Czechoslovakia.

Mr. WALSH. The making of shoes has been a typical American development. We make the best shoes in the world. And now, as the Senator suggests, our shoe manufacturers are in competition with those of Czechoslovakia and other countries; our manufacturers are losing rapidly the foreign shoe market and are threatened with an invasion of foreign shoes.

Mr. WALSH. Another untoward situation that confronts the American producer is that machinery which we have perfected in this country, the best machinery in the world, is now available in every part of the world, and the people of other nations can use our machinery and produce as great a volume as we can at very much cheaper wages.

Mr. REYNOLDS. Because they pay to their laborers engaged in the manufacture of shoes and in other industries about one-tenth of what is paid the American laborer.

I am pretty sure that the answer to this question, with the advantage of hindsight, has nothing to do with protecting cobblers from an invasion of foreign shoes.
Posted by Roger Pielke, Jr. at 6/26/2012 01:50:00 PM
Email ThisBlogThis!Share to TwitterShare to FacebookShare to Pinterest
Newer Post Older Post Home