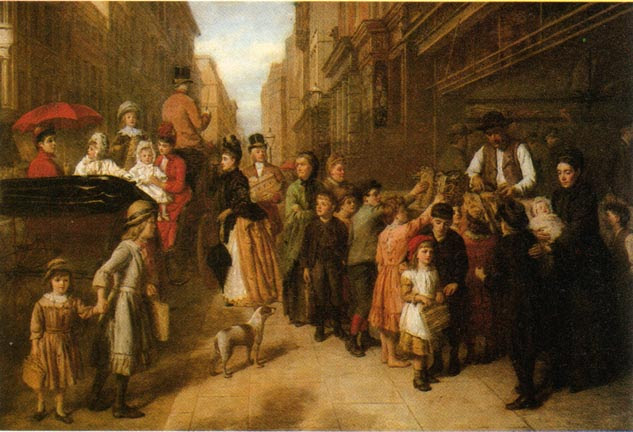 Writing in the FT earlier this week, economist John Kay discussed absolute and relative definitions of poverty.  On the absolute:


People who struggle to find enough food to eat are poor. The World Bank’s poverty line is an income of less than $1.25 a day. Financial Times readers, who spend more than that amount on their morning newspaper, are in no position to dispute that judgment. In the past two decades, economic growth in China and India has reduced global poverty by an unprecedented amount. That achievement is not diminished because some individuals in both these countries have become very rich. Fundamentally, poverty is about absolute deprivation.

Kay observes that there is also a relative definition of poverty:

That is clearly not the end of the story, however. On the World Bank standard no one in North America or western Europe is poor. And very few people in these continents do not have enough to eat. We might observe that obesity is a disease not of the rich but of the poor. In making such a statement, we endorse the notion that poverty is relative not absolute. That principle is enshrined in the UK definition, which rises with the general standard of living.

The median income is the level that equal numbers of people are above and below, so that a rise in Sir Martin Sorrell’s bonus does not lead anyone into poverty – that would confuse poverty and inequality. But the choice of median income as a reference level has a wider significance. It encapsulates the idea that in a rich society, poverty is an enforced inability to participate in the everyday activities of that society. You might therefore be poor if you lack access to antibiotics or Facebook, even though in this respect you are no worse off than the Sun King or John D. Rockefeller, and in other respects considerably better off than most people in the world.

However, to define poverty as social exclusion takes the definition far away from the assessment of income. It is not hard to imagine places in which few, if any, people experience a sense of exclusion. These might include both sophisticated societies with high incomes per head – towns in Scandinavia – and simple cultures without access to modern essentials – rural villages in the developing world. Poverty becomes a cultural and political phenomenon rather than an economic one.

Under the definition that I have proposed on this blog for wealth, poverty would simply be an absence of wealth, or a deficit of valued outcomes. 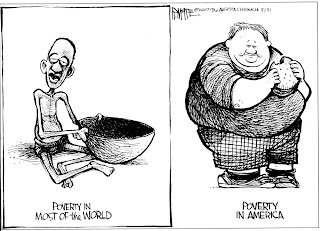 But once we define poverty in terms of outcomes beyond simple incomes as measured in currency units, we have indeed entered the territory of culture and politics, and ultimately, what constitutes a life worth living.

Just as GDP doesn't measure all that matters when it comes to wealth, I am deeply skeptical of efforts to define multi-dimensional metrics of "poverty" that integrate different valued outcomes. Statistics are indeed important inputs to policy, and I prefer mine simple and transparent.

So let's leave poverty defined in terms of absolute income, as defined by the World Bank and others. If we care about obesity, lack of access to antibiotics or even Facebook -- all perfectly legitimate valued outcomes -- then let's track these outcomes on their merits and based on transparent variables that measure these outcomes. Just don't label these issues "poverty" as it will conflate arguments about what it means to be wealthy with efforts to attain whatever valued outcomes we as a society decide to pursue.
Posted by Roger Pielke, Jr. at 6/22/2012 08:08:00 AM
Email ThisBlogThis!Share to TwitterShare to FacebookShare to Pinterest
Newer Post Older Post Home