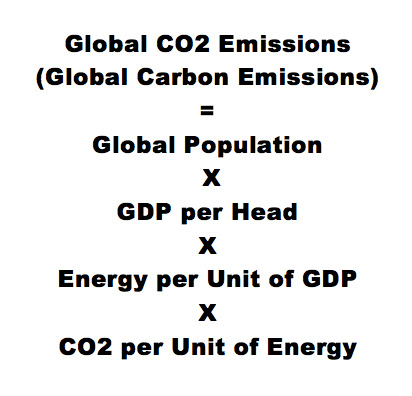 The warring tribes in the climate wars appear to have found something they can agree on. Unfortunately, that agreement is that the Kaya Identity is stupid.

At WattsUpWithThat they take issue with a new UN report (here in PDF) which utilizes the Kaya Identity:


[T]heir goofy equation is known as the “Kaya Identity“. Apparently, the number of innumerate people on the planet is larger than I had feared.

And of course recently Paul Krugman also took issue with the Kaya Identity while putting words into my mouth:


This is actually kind of wonderful, in a bang-your-head-on-the-table sort of way. Pielke isn’t claiming that it’s hard in practice to limit emissions without halting economic growth, he’s arguing that it’s logically impossible. So let’s talk about why this is stupid.