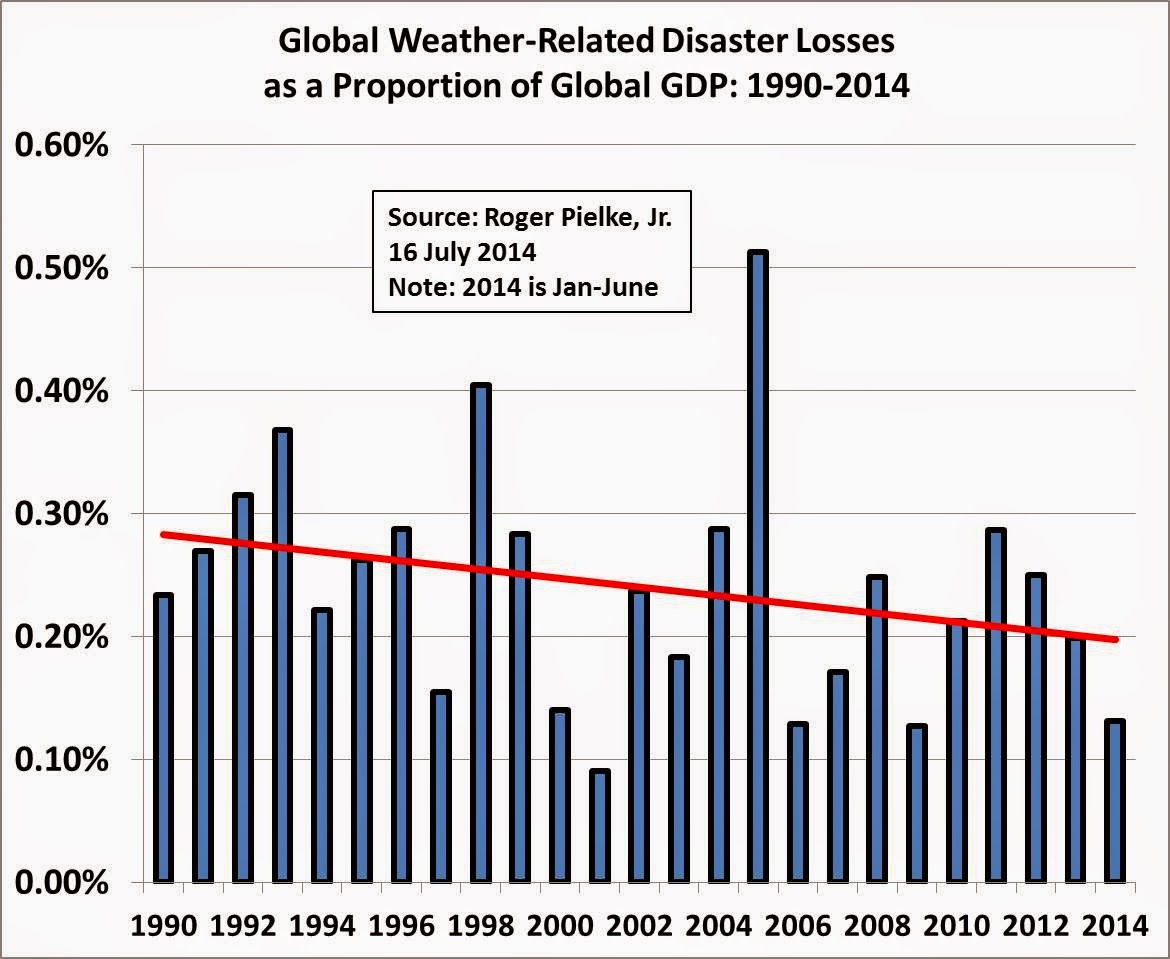 Munich Re has just released their tabulation of disaster losses for the first half of 2014. I thought I'd use the occasion to update the dataset shown above. The graph above shows global weather disasters as a proportion of global GDP. Note that 2014 represents January-June. I assume that the first half of 2014 global GDP is 2.5% higher than 2013. I also assume that total 2014 losses to date are all due to weather. Both assumptions err on the conservative side of things. Enjoy!