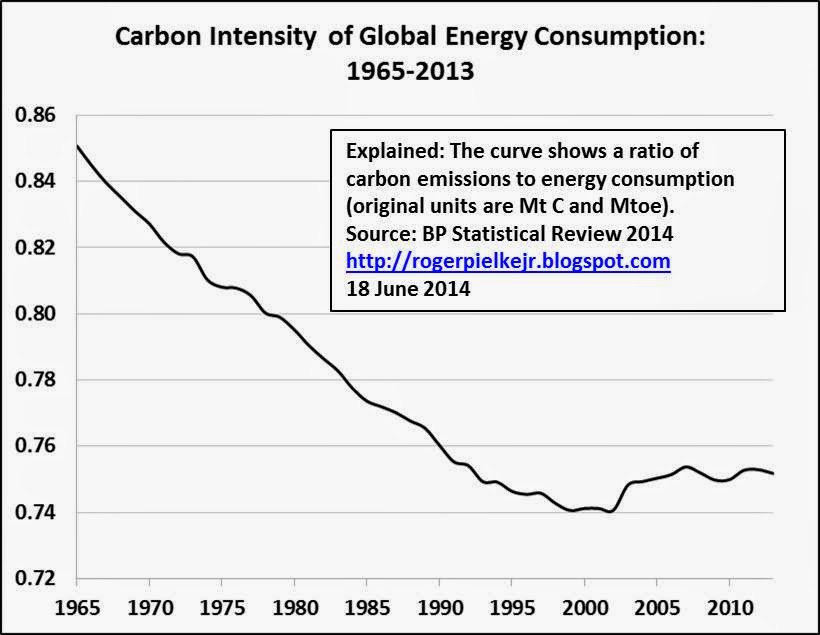 I have been continuing to look at the BP Statistical Review of World Energy 2014, which was released earlier this week. It is a wonderful resource, kudos to BP.

To place this analysis in perspective: Cutting global carbon dioxide emissions by 50% (just to pick a round number) while increasing global energy consumption by 50% (another round number) implies a carbon intensity of 0.25 tons carbon per ton of oil equivalent.

For those wanting to explore a little deeper into why this analysis matters for how we might think about climate policies, have a look at this paper in PDF.
Posted by Roger Pielke, Jr. at 6/18/2014 06:32:00 AM
Email ThisBlogThis!Share to TwitterShare to FacebookShare to Pinterest
Newer Post Older Post Home