How Not to Argue for Increased R&D Funding

It a remarkably tone-deaf and obtuse op-ed in the FT, physicist and Nobel prize winner Andre Geim writes the following about science investments by government: 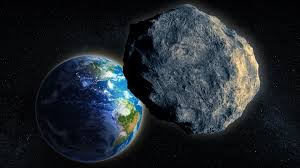 Until 40 years ago, the threat of hot and cold wars forced countries to look for long-term advantages over potential enemies. At the risk of being simplistic, let me say this threat fed back into investment in science, which allowed the industrial revolution to continue. Today, the threat from global warming, overpopulation and scarce natural resources seems insufficiently scary.

Western governments have been folding their blue-sky programmes in response to financial restraints and voters’ negative view of academic research. Davos persuades me there is little hope of change. This would require a change in human nature. I fear economists might be right this time, and Japanese-style stagnation will look like a best-case scenario. But I have a dream. The industrial revolution and economic growth continue. This is because astrophysicists find a huge cosmic rock on course to hit Earth in 50 years. This should be scary enough. The world can surely deflect this threat but will need to develop new knowledge and technologies.

I can't imagine that science will win additional support from governments by wishing for a the possibility of global apocalypse -- even with brazen certainty that Bruce Willis can rocket up and save us -- as an excuse to boost government science funding. This is the tone-deaf part.

The obtuse part is Geim's equating of advances in basic research as both necessary and sufficient for economic growth, when neither may be the case. Geim writes:


Without new knowledge, only derivative technologies are possible – and, however important, they are incapable of sustaining the sorts of economic growth rates the world has enjoyed since the coming of the industrial revolution.

In reality the world currently is spending collectively about $1.5 trillion on R&D in the public and private sectors, growing at a rate of 5.2% and 6.5% in the past two years.

More fundamentally, R&D is no doubt important to innovation and economic growth, but the connections are not direct. I recently explained:


The integration of post-war science policy with a misinterpretation of neo-classical economic theory led to the creation of a mythology of innovation that persists today. Benoît Godin, the innovation scholar at the Institut National de la Recherche Scientifique in Montreal, explains (here in PDF) that this mythology has practical consequences:


The problem is that the academic lobby has successfully claimed a monopoly on the creation of new knowledge, and that policy-makers have been persuaded to confuse the necessary with the sufficient condition that investment in basic research would by itself necessarily lead to successful applications. Be that as it may, the framework fed policy analyses by way of taxonomies and classifications of research and, above all, it was the framework most others compared to.

So in our public debates, rather than examining innovation policies and the complexities of securing economic growth, our discussions typically devolve into simplistic appeals for more federal R&D. (The full essay is here.)

Economic scare stories from scientists coupled with dreams of disaster are not a useful approach to science policy.
Posted by Roger Pielke, Jr. at 2/06/2013 02:38:00 AM
Email ThisBlogThis!Share to TwitterShare to FacebookShare to Pinterest
Newer Post Older Post Home