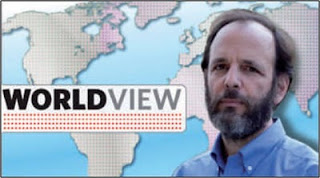 [UPDATE: Tom Yulsman weighs in on the significance of the Sarewitz essay for journalists.]

In this week's Nature, Dan Sarewitz of ASU (and also a long-time friend, mentor and collaborator of mine) explains that whatever is done to restore trust in climate science, that alone won't do much to advance climate policy. Sarewitz explains that waging climate politics through science was always going to be a losing proposition for those calling for action:

The idea that a mounting weight of scientific evidence would gradually overwhelm ideological opposition to the climate policy regime is not just false but backwards. Science is muchmore pliable and permissive than deeply held beliefs about how the world should work. Scientific understanding of the complex, coupled ocean–atmosphere–society system is always incomplete, and gives the competing sides plenty of support for their pre-existing political preferences — as well as plenty to hide behind in claiming that those preferences are supported by science. Science can decisively support policy only after fundamental political differences have been resolved.

Sarewitz emphasizes a political reality that is avoided in most (but not all) discussions of climate policy (emphasis added):

A successful climate policy regime will match short-term costs with the real potential of short-term gains. These gains can come from reducing vulnerabilities to climate impacts, and increasing security and wealth generation from energy-technology innovation. Both paths call on the government to do things that most people see as appropriate: to provide public goods and promote innovation. Both paths also allow climate change to be understood not as impending doom that requires deep sacrifice to ensure survival, but as an opportunity to continually improve society.

Sarewitz concludes by highlighting the political opportunity that is before us to reframe the climate debate, to place science in its proper place and to focus on the politics of opportunity rather than of limits.

With the public legitimacy of climate science under assault, political progress in the United States may now depend on the willingness of thoughtful conservatives to chart a better way forward. But liberals and moderates must meanwhile abandon the claim that the science supports only their way of doing things. Imaginative politicians thus have a huge opportunity to demonstrate leadership. Given the poisoned political climate here, it is hard to be optimistic that they will be courageous enough to seize the day. If they are, however, one thing is certain: the imperfect science we already have will turn out to be plenty good enough to support action.

Can climate policy be reframed? I'm not sure. There is a lot of vested interest in the current framing that has science as the battleground between the right and the left. If history is any guide that ideological battle won't be won anytime soon. But maybe if we look beyond waging ideological battles through science we just might make better progress on reducing vulnerabilities and increasing security and wealth. Those are goals that we all can agree on, regardless of our views on climate science or political orientation, and can offer a starting point for progress.
Posted by Roger Pielke, Jr. at 3/03/2010 04:13:00 PM
Email ThisBlogThis!Share to TwitterShare to FacebookShare to Pinterest
Newer Post Older Post Home