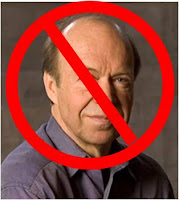 ClimateWire has a remarkable article with the above title. It suggests that because James Hansen is opposed to cap and trade legislation that his views no longer matter. Apparently the only views that matter are those that support cap and trade. From the article:

When Hansen, the director of the Goddard Institute for Space Studies, showed up at a briefing on Capitol Hill yesterday, it was with little fanfare and minus the presence of national television networks.

The man termed "the father of global warming" has irked many longtime supporters with his scathing attacks against President Obama's plan for a cap-and-trade system. Now, a leading Republican climate skeptic is considering calling Hansen as a witness at upcoming Senate hearings. A House Democrat, meanwhile, labeled Hansen's Capitol Hill appearance yesterday "irrelevant." With landmark climate legislation heading to the Senate after passage in the House last month, the friction surrounding Hansen raises questions about what role, if any, the Iowa-born scientist will play in the upcoming debate.

When Hansen was all about death trains and stopping coal plants and so on, the media loved him, as did many advocates. Now that he is espousing unpopular views, that is to say, views counter to those held by many in the media and other advocates, he is suddenly poison?

Thank goodness we have the media to protect us from dangerous ideas.
Posted by Roger Pielke, Jr. at 7/14/2009 09:03:00 AM
Email ThisBlogThis!Share to TwitterShare to FacebookShare to Pinterest
Newer Post Older Post Home