The Most Important Question Facing the American Economy

The WSJ today interviews Larry Summers who makes a case for why policy makers should be focusing more attention on growth policy rather than deficits:

. . . if you take the longest-run deficit and take the official forecasts, if we increase the growth rate by two-tenths of 1%, you solve the entire identified fiscal-gap problem.

If we get the growth rate up, the debt problem will stay in control. If we continue to be a country that doesn't increase the fraction of adults that are working, that doesn't catch up with its GDP potential, that grows at 2% or less, we can have all the entitlement summits in the world, and we're gradually going to accumulate debt and have a serious debt problem.

We should be focusing on growth. Growth creates a virtuous circle, which creates more growth.

It is an argument that Summers has been making for a while:


[T]he national debt is an asset that we owe ourselves. To the extent that it is not an asset that we owe ourselves, it represents borrowing that we, as a country, have an opportunity to invest in growing our economy and borrowing, actually, at a remarkably low interest rate. And so if we can invest that money well, we can actually generate large returns that can provide the wherewithal to pay the debt back.

Are we devoting too much to uncontrollable mandatory and entitlement programs relative to the discretionary programs - like the national parks, like the FBI, like basic cancer research - that have to be appropriated every year? Yes, we are. So I don't want to be heard as saying that we have no budget issues; far from it. The point I want to stress is that the most important question facing the American economy is, can we accelerate the growth rate?

One reason that politicians shy away from addressing this question explicitly is that they know, in principle, what sorts of actions lead to reducing deficits and debt -- governments should spend less. Such actions have a short-term, demonstrable effect and are also politically popular in an era where government is decidedly not popular.

In contrast, the actions that policy makers might take to increase long-term growth rates by 0.2% do not have a clear consensus among economists and also have a far more tenuous causal connection to outcomes, especially on sort-term, political time scales.  There is also the problem that one commonly recommended set of actions to boost long-term growth -- more investment by governments -- would actually require more government spending, and a likely increase deficits in the short term, presenting a political problem.


[A]nother possibility, discussed by Mr Summers and supported by many economists (including myself), is to use today’s glut of savings to finance a surge in public investment. That might be partly linked to a shift to lower-carbon growth. Another possibility is to facilitate capital flows to emerging and developing countries, where the best investment opportunities must lie. It makes no sense for so much of the world’s savings to seek investment opportunities where they do not apparently exist and shy away from places where, one hopes, they do.

The underlying argument that more has happened to high-income economies than just a financial crisis is persuasive. It is also hard to believe that a surge in business investment in these countries would manage to absorb the excess desired savings of the world. Why, after all, should one expect any such thing to happen in countries with ageing populations, high wages and sluggish economies? But these countries do then confront a challenge far bigger than the damage done by the crisis alone, big though that is. They may face a far longer-term future of weak demand and enfeebled supply.

The best response, then, is measures aimed at raising productive private and public investment. Yes, mistakes will be made. But it will be better to risk mistakes than accept the costs of an impoverished future.

The political question focused narrowly on debt gets reduced to the content-free issue of more or less spending. It is important to emphasize, as Wolf does, that any significant program of government investment will have its share of mistakes (Obamacare rollout, Solyndra etc.). However, such mistakes are not a case for not making investments, they are a case for making investments smarter. 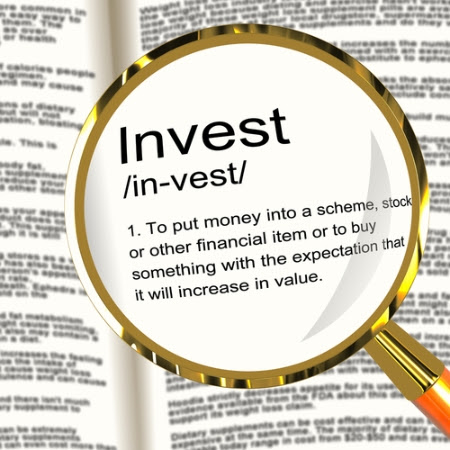 Of course, if governments don't invest there will be no such mistakes. There will also be much lower long-term growth as well -- a cut-off-your-nose-to-spite-your-face argument if there ever was one. Given the long-term history of government investments in stimulating growth, those who argue against such investments going forward must also present an alternative explanation for how economic growth will increase going forward. A debt policy is not a growth policy.

As Summers argues, the most important question to ask and answer is: What can be done to accelerate the growth rate?  The answer is politically inconvenient, because a big part of it involves smart government investments and policies, which in today's political environment is not a topic that gets much serious attention. It should.
Posted by Roger Pielke, Jr. at 11/25/2013 10:29:00 AM
Email ThisBlogThis!Share to TwitterShare to FacebookShare to Pinterest
Newer Post Older Post Home