Responses to Bazilian and Pielke on Global Energy Access

Issues in Science and Technology has just published in its Fall 2013 issue four letters in response to our article, Making Energy Access Meaningful (here in PDF). Three of the responses are constructive, one is somewhat less so. This post offers a summary of our original paper, the letters and a few thoughts in response.

In a nutshell here is what our paper argued:


Our distinctly uncomfortable starting place is that the poorest three-quarters of the global population still use only about 10% of global energy—a clear indicator of deep and persistent global inequity. Because a modern energy supply is foundational for economic development, the international development and diplomatic community has rightly placed the provision of modern energy services at the center of international
attention focused on a combined agenda of poverty eradication and sustainable development. This priority has been expressed primarily in the launching of the UN Sustainable Energy for All initiative (SE4All). Still, areas of tension and conflict in such an agenda demand further attention, particularly in relation to climate change, as we discuss later in this essay.

Compounding the difficulty of decisionmaking in such a complex space is that the concept of “energy access” is often defined in terms that are unacceptably modest. Discussions about energy and poverty commonly assume that the roughly two to three billion people who presently lack modern energy services will only demand or consume them in small amounts over the next several decades. This assumption leads to projections of future energy consumption that are not only potentially far too low but therefore imply, even if unintentionally, that those billions will remain deeply impoverished. Such limited ambition risks becoming self-fulfilling, because the way we view the scale of the challenge will strongly influence the types of policies, technologies, levels of investment, and investment vehicles that analysts and policymakers consider to be appropriate.

A first letter in response comes from  S. Vijay Iyer, Director of the Sustainable Energy Department at The World Bank. Iyer writes to further explain the five-tier definition of energy access used by the World Bank and its partners. He also raises the importance of political considerations:


I share the sense of justice that animates the authors’ contention that an electricity access goal of modest ambition would reflect a “poverty management” over a “development” approach. But their contention is misplaced. The level of ambition for SE4ALL goals in each country needs to be defined by governments, in consultation with civil society, entrepreneurs, developmental agencies, and the public. The GTF’s multi-tier framework for access seeks to facilitate this process so that each country can define its own electricity access targets.

The chasm between high ambition and unfeasible goals must be filled by pragmatically designed intermediate steps.

I think that it is safe to conclude that we'd agree with all of this, especially the need to recognize the practical dimensions of political realities. That said, we'd also argue that the "high ambition" part is non-negotiable as a valued outcome, regardless of the practical challenges of the day. 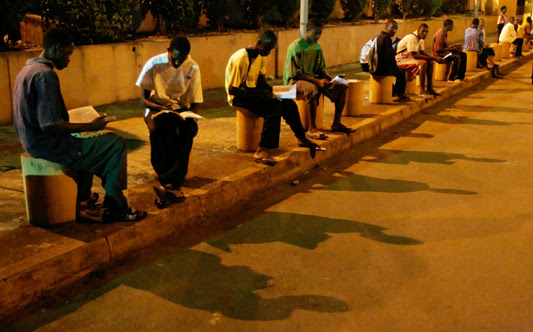 
Morgan Bazilian and Roger Pielke Jr. get the essential point right: that meaningful access to modern energy services must go beyond lighting to other productive uses, such as water pumping for irrigation. Like many observers, however, they seem daunted by the scale of investment required, which they estimate at $1 trillion to achieve a minimal level of energy access and 17 times more to reach a level comparable to that in South Africa or Bulgaria.

Those numbers are very large compared to the amount that might plausibly be available through conventional development assistance, but that is the wrong lens to use. Electricity is a commodity that even very poor people are willing to pay for. Indeed, they are already paying more than $37 billion a year for dirty, expensive fuels (kerosene for lighting and biomass for cooking), according to an International Finance Corp. report. With the right financing, solar energy in rural areas is cheaper than these sources or diesel fuel for generators. The availability of energy is a spur to economic development that can quickly become self-sustaining.

To that -- thanks and amen.

A third letter comes from Dan Kammen, a professor at the University of California-Berkeley, writes to highlight the importance of micro-grids:


The central message of the paper by Morgan Bazilian and Roger Pielke Jr., at least to me, is to highlight the explosion of demand and the diverse modes of energy consumption that are possible and should be anticipated as energy access (and in particular electricity access) is expanded. This is an important observation that ties together many stories: (1) the value of energy access for both basic services and economically productive activities; (2) the need to analyze and to plan around unmet demand, so that a small taste of energy services does not lead to unrealized expectations and then dissatisfaction; (3) the complexity of building and planning an energy system capable of providing services reliably once the “access switch” has been turned on. . .

What is unresolved, and where readers of Bazilian and Pielke’s paper need to keep a watchful and innovative eye, is on the tools that energy planners use to build adaptive energy networks. Although “simply” plugging into the grid may be the ideal (or in the past has been the aspirational goal), the record of the past decades is that this has not been technically, economically, or politically easy. National grids have not expanded effectively in many nations, in terms of coverage or service reliability or cost, so new models are needed.

Kammen's comments are welcomed. One of the points of our paper was to highlight the importance of holding further debate and discussion about what it might take to actually secure true, global energy access. The role of grid technology in meeting that challenge is crucially important.

The fourth letter comes form Alan Miller, Principal Climate Change Specialist at the International Finance Corporation. This letter betrays more than it says, though what it says is revealing enough. Miller writes:


Morgan Bazilian and Roger Pielke Jr. provide a valid long-term perspective on the energy needs of the developing world, but the critical question is what practical difference does it make to think in the more ambitious, longer term way that they propose? We don’t do that for any of the other United Nations Millennium Development Goals such as those for health, education, and water. Why, then, should we do so for energy? What investment choices or policies would we approach differently?

I'd respectfully disagree with Miller about the presence of long-term thinking in many areas of policy, most notably of course his own area of specialty, climate change. Miller also brings out the old trope about how understanding the magnitude of a problem may work against effective action, so therefore we should perhaps remain ignorant:


[T]heir effort to emphasize the enormity of the long-term challenge could make the task seem so daunting that it will discourage the development agencies from taking the smaller steps that must be taken now to put the developing nations on the path that will ultimately lead to an adequate energy supply. Thinking about the trillions of dollars that will be needed over many decades rather than the billions of dollars that can make a difference now could be paralyzing. . . is there any point in worrying about what it will cost to provide everyone with an electric stove?

As a policy scholar, I teach my students that understanding the magnitude of the policy challenge being faced is an important first step toward designing both short- and long-term policies that can be effective. Ignorance, especially willful, is never a good idea. More generally, Miller risks reinforcing the all-too-real stereotype of the climate activist who cares deeply about counting carbon molecules, but not about counting up what energy access for real people may imply for the future. Climate policies won't succeed unless achieving true, global energy access is central, but that is another discussion.

We thank all four letter writers for taking the time to engage with our piece!
Posted by Roger Pielke, Jr. at 11/07/2013 09:05:00 AM
Email ThisBlogThis!Share to TwitterShare to FacebookShare to Pinterest
Newer Post Older Post Home