Letter From America on Science Advice 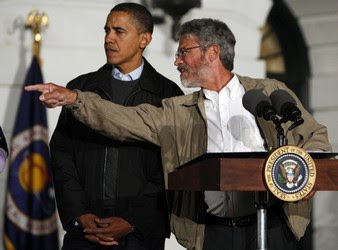 At The Guardian's Political Science blog you can find an excerpt from my forthcoming chapter on science advice, to appear later this week in The Future of Scientific Advice in Whitehall (edited by Wilsdon and Doubleday), which will available to download here. My piece is written as a "letter from America" to Sir Mark Walport, the newly installed UK chief scientist, offering some advice from the history of science advice in the US.

Here is the opening from the excerpt of the chapter:


Congratulations Dr Walport on your appointment as the UK government's chief scientific adviser. You join a select group. Since the position of chief science adviser was established in the US in 1957 and in the UK in 1964, fewer than 30 men (yes, all men) have occupied the position. Today across Europe, only Ireland, the Czech Republic and the European Commission have formal equivalents, which also exist in Australia, New Zealand, and soon perhaps in Japan and at the United Nations.

In the United States, the science adviser is an assistant to the president with the formal title of Director of the Office of Science and Technology Policy. All US science advisers (except notably the first, James Killian, who had a background in public administration) have been trained in some area of physics, reflecting the cold war origins of the position.

Since 2005, the Centre for Science and Technology Policy Research at the University of Colorado has brought to our campus presidential science advisers, spanning the administrations of John F Kennedy to Barack Obama. Let me distil what I consider to be a few of the most relevant insights from their experiences.

Do head here for the full post and stay tuned later this week for more details on the entire collection.
Posted by Roger Pielke, Jr. at 4/15/2013 05:42:00 AM
Email ThisBlogThis!Share to TwitterShare to FacebookShare to Pinterest
Newer Post Older Post Home