Op-Ed on Climate Change and Disasters in The Denver Post 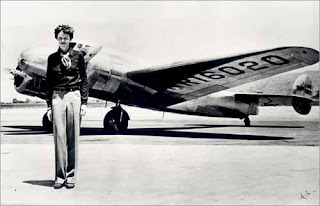 After Munich Re announced earlier this week for the eleventy-third time that it had found the elusive "footprint" of climate change is disaster loss data (it had apparently been hiding in the tail section of Amelia Earhart's long-lost plane, who knew?), I was invited by The Denver Post to write an op-ed.

Over the years, the political debate over climate change has been waged on many fronts. At various times at the center of the debate, we've seen green jobs, SUVs, Al Gore and climate "deniers." The latest front in this battle is extreme weather.

Earlier this week, Munich Re, a large German reinsurance company, fueled this debate with a report claiming that it has identified "the first climate change footprint in the data from natural catastrophes" in the damage caused by thunderstorms in the United States since 1980. USA Today put the claim on steroids by announcing on its front page, "Climate change behind rise in weather disasters."

A big problem with the claim by Munich Re and its amplification by the media is that neither squares with the actual science of climate change and disasters.

To read the rest, see it here, and please feel welcome to come back here and comment.
Posted by Roger Pielke, Jr. at 10/12/2012 06:52:00 AM
Email ThisBlogThis!Share to TwitterShare to FacebookShare to Pinterest
Newer Post Older Post Home