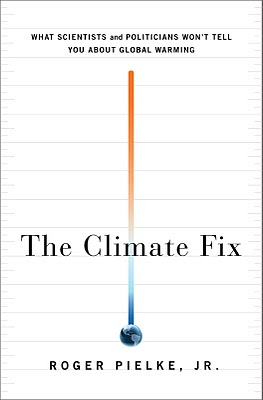 Here is a thought experiment:

Can you imagine any discoveries or conclusions in climate science would indicate that accelerated decarbonization of the global economy does not make sense?

Accelerating decarbonization of the global economy makes good sense independent of the conclusions reached in climate science. That said, the fact that humans influence the climate system in ways that are understood and not understood gives us another reason to consider whether accelerated decarbonization of the global economy might be a good idea. And for some people the science may indeed be a sufficient justification. But there is no reason why it has to be for everyone.

But just for fun, lets imagine that we learn that all of climate science is a hoax or a fraud (it is not), would that mean that we would no longer need to discuss a need to diversify energy supply, reduce energy costs and expand energy access? No.

The insensitivity of the importance of climate science to decarbonization is the main reason why waging a political war over climate science is wrongheaded. Whether you win or lose that debate it really doesn't ever touch the main policy issues. Sure it generates lots of heat, and may serve other aims, but in the end, it doesn't matter much for the implementation of policies focused on accelerating decarbonization of the economy.
Posted by Roger Pielke, Jr. at 4/21/2010 12:41:00 PM
Email ThisBlogThis!Share to TwitterShare to FacebookShare to Pinterest
Newer Post Older Post Home