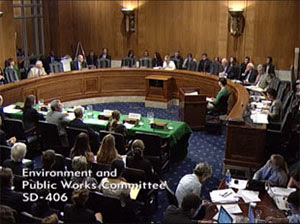 Today I submitted responses to the questions posed by two Senators on the Senate Environment and Public Works Committee, following up on my testimony last month. Such questions for the record are a standard part of participating in Congressional hearings.

Below are the questions (italicized) and my answers (inset). If you are interested in my original testimony, it is here and my advice for those asked to provide evidence to policy makers was the subject of my latest column for Bridges. 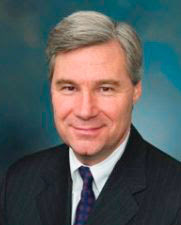 1) In your written testimony, you stated:

“It is misleading, and just plain incorrect, to claim that disasters associated with hurricanes, tornadoes, floods, or droughts have increased on climate timescales either in the United States or globally. It is further incorrect to associate the increasing costs of disasters with the emission of greenhouse gases.”

In your opinion as a science-policy expert, is it also misleading, and just plain incorrect, to claim that man-made global warming is the greatest hoax ever perpetrated on the American people?


PIELKE REPLY: Yes. Both such claims are misleading and incorrect.

2) Who funds your research currently? Please supply a full list for the record.


PIELKE REPLY: I currently have one active grant. It is a small grant from the Nathan Cummings Foundation for a project looking at the role of philanthropy in policy and politics (it has nothing to do with climate or extreme events), drawing on an engagement model I proposed in my book, The Honest Broker (Cambridge University Press, 2007). Also, at the University of Colorado, I am a Fellow of CIRES (Cooperative Institute for Research in the Environmental Sciences) which is a NOAA Joint Institute.

1) Dr. Pielke, as I read Mr. Nutter’s testimony, he appeared to be trying to tell us that businesses face a disaster that is happening now. But according to a recent Lloyd’s of London survey of almost 600 corporate executives about the risks faced by their business, they ranked climate change #32 behind “piracy” but ahead of “space weather.” High taxation was ranked #1. Regulation was ranked #5. Why do you think they placed climate change at #32?


PIELKE REPLY: Human-caused climate change likely ranks low in the Lloyd’s 2013 Risk Index because the vast majority of impacts associated with such changes that would be of direct concern to global businesses in 2013 are presently small or even undetectable at present in the context of historical climate variability, as discussed in my testimony.

2) Dr. Pielke, do you agree with comments made during the hearing that the weather here in the U.S. has fundamentally changed as is evidenced by an increase in hurricanes, droughts, floods, and tornadoes? Do you agree there is “strong evidence” that extreme weather events in the U.S. have become more frequent and intense?


PIELKE REPLY: A range of evidence summarized in my prepared testimony indicates that, on climate time scales in the US or globally, there has not been an increase in hurricanes, droughts, floods or tornadoes. The evidence for this claim is strong and is well-supported in the peer-reviewed literature, data collected by the U.S. government’s research agencies and the recent report on extreme events by Intergovermental Panel on Climate Change.

3) Dr. Pielke, to reiterate your points debunking claims that weather events in the United States are “extreme” in that they are increasing and more intense I would like to ask you a series of questions and provide you the opportunity to answer each.

a) Have United States landfalling hurricanes increased in frequency or intensity since 1900? Have they increased globally? Has damage, adjusted for more people and property, increased in the US or elsewhere?


PIELKE REPLY: As presented in my testimony, the US has not seen an overall increase in flooding, nor has such an increase been documented globally. The same holds also for tornadoes and drought.

c) Has the cost of disasters increased globally as a fraction of GDP?


PIELKE REPLY: As presented in my testimony, the cost of disasters as a fraction of global GDP has actually decreased since 1990.

4) Has anyone taken you up on your June 27th twitter invitation to defend President Obama’s claim? (“Open invitation: Does anyone wish to defend the Obama claim that worse extreme weather is increasing disaster costs?”)


PIELKE REPLY: No one took up the challenge.