The Real Lessons of Ozone Depletion 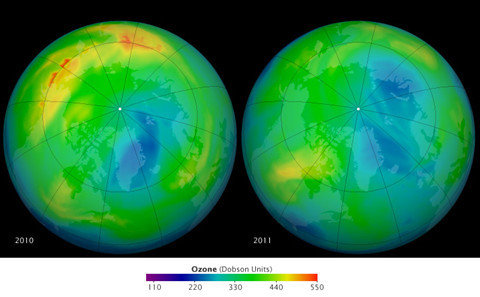 Over at ChinaDialogue I have an essay up on the real lessons of the successful response to ozone depletion, motivated by the 25th anniversary of the Montreal Protocol. Here is how I start:


Twenty five years ago, the Montreal Protocol on Substances that Deplete the Ozone Layer was introduced for signature by nations around the world. Since that time, the treaty has become arguably the most successful international environmental success story in history. It may also be the one which historians and policy analysts have argued about the most in an effort to draw lessons relevant to the climate debate.

Conventional wisdom holds that action on ozone depletion followed the following sequence: science was made certain, then the public expressed a desire for action, an international protocol was negotiated and this political action led to the invention of technological substitutes for chlorofluorocarbons.

Actually, each chain in this sequence is not well supported by the historical record.

I argue that public opinion was not an important factor driving action, the presence of scientific uncertainty (and those touting it) was not an obstacle for action and the invention of technological substitues for chlorofluorocarbons helped reconfigure ozone politics to enable effective action. In this instance the role of governments was essential, but it was not what you might think -- I quote Karen Litfin:

As will be the case with efforts to decarbonize the global economy, technological substitutes for carbon intensive energy generation will pave the way for international action. The question is, how do we accelerate technological innovation? If your answer is "targets and timetables for emissions reductions negotiated via a binding international treaty" then I'd suggest that you revisit the lessons of the ozone experience where innovation preceded a treaty.

ChinaDialogue has a companion piece from NRDC's David Doninger, which is largely compatible with my own essay, though he starts his story in 1986 when substitutes were already available.