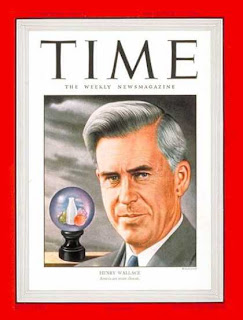 I have a new paper just out in Minerva as part of its special issue celebrating its 50th year as a journal. The paper is titled "Basic Research as a Political Symbol." The special issue has a range of interesting papers by leading scholars of science and technology policy.

Here is the full introduction to my paper:


Since the end of the Cold War in the early 1990s, observers of science and technology policies have studied in depth the on-going changes that have characterized thinking and practice (e.g., Sarewitz 1996, Gibbons et al. 1994, Guston 2000, Jasanoff 2004, Lentsch and Weingart 2011). Much of the post-War discussion and debate of science in society and politics orients itself with respect to an overarching narrative that characterizes post-World War II science and technology policy, with less attention focused on the establishment of that narrative (Kline 1995). At the core of that narrative is a concept – “basic research.” This paper documents the rise of “basic research” as a political symbol in the early to mid-20th century, thus setting the stage for its well-documented fall and the changing nature of science and technology policies now underway.

The phrase “basic research” has been fundamental to discussions of science policy for almost 70 years. It represents both a concept and a relationship. As we will see the phrase carries with it multiple meanings which support the expectation that public investments in science and technology are the wellspring of economic growth and prosperity. Although “basic research” entered the English lexicon around 1920, it only became a term broadly used in science policy discourse upon the 1945 publication of Vannevar Bush’s seminal report, Science – The Endless Frontier.

“Basic research” first appeared as a phrase on the pages of the New York Times in 1922, in a US Congressional hearing in 1919 and in 1923 in the Congressional Record of a floor debate among members of Congress, and in Science and Nature, respectively 1924 and 1928. The fact that the phrase appeared first in political discourse prior to appearing in the leading journals of science is symptomatic of the role of the phrase as an important political symbol with a meaning that has evolved over time.

From its initial years, Minerva was home to early discussions and debates over “basic research.” Toulmin (1966) presented the “warrants for basic research.” Michael Polanyi’s (1962) “Republic of Science” in the journal’s very first issue wrote what remains today an oft-cited defence of logic of support for basic research, which at the time was part of his long-standing debate countering J. Desmond Bernal’s emphasis on mission-oriented research (Brown 2007). Calvert (2006) explored the continuing use of “basic research” as a key concept in science policy. All told, almost 100 contributions to Minerva since 1962 have used the phrase “basic research” (according to a search of the journal’s website). As the journal looks to its next 50 years, this paper contributes an analysis of some neglected aspects of the past.

Political symbols, according to Edelman (1967), “bring out in concentrated form those particular meanings and emotions which the members of a group create and reinforce in each other.” More precisely, as a political symbol “basic research” represents the identifications, expectations and demands of scientists, policymakers and the public about the role of science in society (Lasswell et al. 1952). Symbols play an important function in political debate as “there is nothing about any symbol that requires that it stands for only one thing” (Edelman 1967). Thus, the public can rally around a national flag or members of a legislature around the issue of, say, “tax reform,” even though in each case individuals may ascribe vastly different meanings to the idea of the nation represented by the flag or the specific meaning of “tax reform.”

To read the rest of the paper, please visit Minerva. Anyone wanting a copy who does not have access to Minerva can just send me an email. Comments welcomed!
Posted by Roger Pielke, Jr. at 9/10/2012 07:05:00 AM
Email ThisBlogThis!Share to TwitterShare to FacebookShare to Pinterest
Newer Post Older Post Home