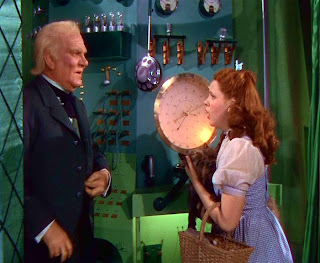 Note: This is a guest post by Jack Stilgoe, a lecturer in the department of Science and Technology Studies at University College London, where he teaches science policy. Between 2008 and 2011 he was a senior policy adviser at the Royal Society. His blog is jackstilgoe.wordpress.com. He is on twitter @jackstilgoe

I used to work there, so I should watch my tongue. But I can’t help drawing attention to this press release from the Royal Society. The Royal Society is the UK’s national academy of sciences. It is the world’s longest-running national academy and remains one of our most esteemed scientific institutions. There is much that is amazing about the place and much that is utterly bizarre.

Following recent pronouncements on policy issues ranging from climate change, human population, geoengineering, food security and the value of science, the Society has seen fit to pronounce that the refrigeration is the best innovation in the history of food.

The list that the committee of fellows (“including a Nobel Prize Winner”!) came up with seems rather odd. It mixes innovations and inventions in a rather slapdash way. One can argue about the relative positioning of, say, the microwave and plough, or the absence of the Spork. But that’s not the point.

When I was working in the Royal Society’s policy outfit, we were acutely aware of the attention (some of it deserved) that the institution’s pronouncements would attract. We would occasionally smirk at the efforts of learned societies of one sort or another to draw attention to themselves. The Royal Society of Chemistry in particular was fond of stunts such as honouring dead, fictional detectives, identifying the nation’s cheapest lunch or inventing topically-convenient molecules. Those last two stories come from the Daily Mail, a mid-market right-wing British tabloid that would conventionally be uninterested in the musings of our scientific elite. And the Mail have swallowed the Royal Society’s latest offering as well. The press department will today be congratulating themselves on having spread the word to a normally disengaged audience.

So why does this sort of thing matter? Surely it’s fair game for any institution to draw attention to itself from time to time, even if the reason is to nakedly market its own events facilities? My argument, and the reason I agreed to write in public about this, is that it matters a very great deal when organisations that make claims to some sort of authority use that authority in opaque ways for shady purposes. When people or institutions speak in the name of science when there is no scientific foundation, we should be wary. PR companies are well aware that a scientific-looking conclusion or equation can grab the attention of lazy journalists in the less-discerning news organs.

The Royal Society does not have a democratic mandate. Its legitimacy (threatened as it is by these sorts of stunts) derives from claiming to represent the best that science has to offer. So when the Society states that a committee of its fellows (“including a Nobel Prize Winner”!) has decreed something, it expects the world’s attention. This sort of press release gives the impression that, like the Wizard of Oz, while there is a big booming voice, there may not be much going on behind the curtain.
Posted by Roger Pielke, Jr. at 9/13/2012 09:00:00 AM
Email ThisBlogThis!Share to TwitterShare to FacebookShare to Pinterest
Newer Post Older Post Home