Nicholson vs Grainger plc, An Interpretation by Mike Hulme 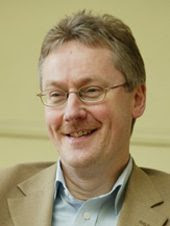 A recent case brought before a UK Employment Appeal Tribunal raises some interesting questions about what constitutes belief in anthropogenic climate change and the (claimed) moral imperative to live a low-carbon lifestyle and persuade others to do the same. Under UK employment law, the judge has ruled that the plaintiff – Tim Nicholson – is entitled to bring a claim of unfair dismissal (claimed to be because of his belief in anthropogenic climate change) against his former employers – Grainger plc – on the grounds that his belief amounted to ‘a philosophical belief similar in cogency and status to a religious belief’.

Let me summarise the case and the arguments first, before reflecting on what the case signifies for the relationship between science, belief and personal behaviour with regard to climate change.

Tim Nicholson (aged 42 and ex-head of sustainability at Grainger plc, the UK’s largest listed residential landlord with assets of £2.3bn with a further £3bn under management) is claiming he was unfairly dismissed from his job in July 2008 because of his beliefs about climate change. He has brought his case under the UK Employment Equality (Religion and Belief) Regulations 2003. These regulations enlarge the notion of religious belief to include other ‘philosophical’ beliefs which are ‘similar’ to those of religion. According to the regulations, a qualifying belief must ‘have sufficient cogency, seriousness, cohesion and importance and be worthy of respect in a democratic society’. Nicholson is claiming that his belief in anthropogenic climate change and the moral imperative to adjust his lifestyle accordingly is exactly this - ‘I believe we must urgently cut carbon emissions to avoid catastrophic climate change’ – a philosophical belief.

Grainger plc defended the case on the grounds that Nicholson’s beliefs are in fact ‘rooted in a scientific view of climate change rather than in a philosophical one’. Grainger claimed that ‘philosophy deals with matters that are not capable of scientific proof’.

It is important to be clear about what has thus far been at stake with the legal hearings. It is not whether Nicholson was unfairly dismissed from his job in July 2008. The Tribunal has not yet reached this stage and may or may not eventually find in his favour. What has been at stake thus far is whether or not Nicholson is entitled to bring the case of unfair dismissal to the Tribunal on the specific grounds that he holds a philosophical belief in climate change. If it is ruled that he is so entitled on these specific grounds, then the law protects him from being discriminated against - just as would the law protect someone from being dismissed for holding Jewish or any other religious, or indeed atheistic, beliefs.

The preliminary hearing at a regional tribunal in March 2009 gave Nicholson permission to bring the case to the London Central Employment Tribunal in October. This he duly did and the judge of this full Tribunal, Justice Sir Michael Burton (who incidentally was the same judge who ruled about the ‘nine scientific errors’ in Al Gore’s movie An Inconvenient Truth), delivered his verdict on 3 November 2009.

Judge Burton’s ruling was that there is sufficient evidence that Nicholson’s ‘asserted’ belief in anthropogenic climate change is ‘capable’ of being regarded as a legitimate philosophical belief and that therefore Nicholson is entitled to bring the case of unfair dismissal against Grainger plc on these specific grounds. Note that the judge recognises that cross-examination of Nicholson will be necessary in the subsequent dismissal hearing to establish the genuineness of his belief. Also note that Burton is not ruling that Nicholson was in fact discriminated against by Grainger plc. That was not the purview of the hearing held in October and the final verdict on the unfair dismissal claim is still to be established and delivered.

But the importance of this initial judgement is that under UK employment law it has now been ruled that in principle a belief in anthropogenic climate change, and the consequent demands such a belief might place on personal lifestyle choices and on the need to proselytise others, can constitute a philosophical belief.

In passing his judgement, Judge Burton evaluated the arguments brought by Nicholson and by Grainger plc. Nicholson summarised his philosophy as follows:

“Mankind is heading towards catastrophic climate change and therefore we are all under a moral duty to lead our lives in a manner which mitigates or avoids this catastrophe for the benefit of future generations and to persuade others to do the same”.

The implications of the ruling seem to me to be both more and less significant than is being claimed by environmental advocates in the UK – for example see ‘Green beliefs win legal protection’.

The ruling is perhaps more significant than is claimed because it potentially includes a huge range of personal beliefs under the terms of UK employment regulations on unfair dismissal. Veganism, pacifism, socialism could all qualify as philosophical beliefs under the terms of the Regulations, as implied by Judge Burton. But it also opens the way for employees with other subjectively held deep beliefs such as astrology, flat-earthism or even a disbelief in HIV-AIDS to bring cases of unfair dismissal on the grounds of their ‘philosophical beliefs’.

But the ruling is at the same time perhaps less significant that some of the claims made of it. I suggest this for two reasons. First, it places a great onus on the claimant being able to demonstrate successfully coherence between their intellectual belief about anthropogenic climate change and its consequences on the one hand, and their personal lifestyles on the other. When he is cross-examined at the subsequent full dismissal hearing, Nicholson will have to be able to show and defend how his belief is driving his behaviour across a wide variety of lifestyle choices. Is he in fact a credible believer. Whether or not Nicholson is able to demonstrate this, there may be many others in his intellectual position whose professed beliefs are not matched by their actions. And they, of course, will not be the first who have had shown up in public – sometimes quite distressingly - the value-action gap that most (all?) humans are subject to. Believing that one has a moral duty to do something does not always easily lead to the implied behaviour!

The second reason it is perhaps less significant than has been claimed is that the ruling in fact leaves entirely open the question about the lines of evidence and reasoning that contribute to Nicholson’s philosophical belief. Judge Burton explicitly allows such belief to be derived entirely from scientific evidence (as in the Darwinism example), but also for belief to be derived from purely ethical judgements, religious considerations, political ideologies, etc. He therefore adopts a very catholic view of how people reach personal beliefs which matter to them and which, they claim, drive their personal behaviour. Tim Nicholson might possibly have reached his philosophical belief on climate change and his evangelical zeal by reading all the reports of the IPCC, but it seems rather unlikely.

In this sense, therefore, Judge Burton’s ruling is both instructive and wise – and maybe not as radical as some would like to claim it to be. It is instructive because it recognises that human beliefs and lifestyle decisions are formed through a complex interplay of cultural, psychological and scientific factors and considerations. It is wise because it places the label ‘philosophical’ on such beliefs about climate change – rather than merely the labels ‘political’, ‘religious’ or ‘scientific’ beliefs. Such philosophising is in fact what we all have to do with the issue of climate change. Each of us has to construct our own philosophical position on climate change, drawing upon many lines of evidence and reasoning that should include, but should also extend well beyond, the science assessed by the IPCC.

And of course in weaving together our own climate change philosophies we will not always come up with the same formula as the one Tim Nicholson has constructed. His beliefs about climate change should not indeed be the basis of his dismissal by his employer, any more should yours or mine if we read, weigh and interpret the evidence about climate change – its causes, consequences and its ethical demands – either similarly or differently from Nicholson. We must all be willing to disagree about climate change; and respect each other for it.

Read ‘Why We Disagree About Climate Change’ (CUP, 2009) for a full length investigation of the issues raised by this judgement.