The Limits of Precaution 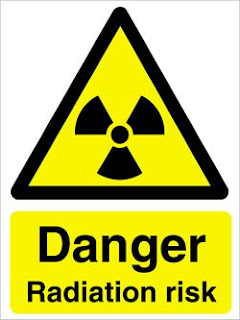 The FT has a nice piece which highlights our fundamental ignorance of the long-term health effects of low levels of radiation exposure.  When precautionary policies are not cost-free, how then do we manage our ignorance?  Here is an excerpt:


In May, radiation safety researcher Toshiso Kosako tearfully resigned as a scientific adviser to Japan’s prime minister after the government decided to set the limit for exposure in schools at 20 millisieverts a year, a level usually applied to nuclear industry workers. “It’s unacceptable to apply this figure to infants, toddlers and primary school pupils,” Professor Kosako said.

But Wade Allison of Oxford university says the 20mSv a year limit for evacuation could safely be raised by a factor of five, arguing that the principal health threat posed by the Fukushima Daiichi crisis is “fear, uncertainty and enforced evacuation”.

Underlying such stark differences lies a lack of clarity about what radiation does to the body at doses below 100mSv per year, the level at which an increase in cancer becomes clearly evident in epidemiological surveys. Prof Allison and many other scientists believe that, below a certain threshold, radiation is likely in effect to do no harm to health at all. However, the mainstream assumption is that even very low doses carry some risk, even if it is not yet measurable.

The result has been highly precautionary limits on artificial radiation exposure, such as an international safety standard for the public of just 1mSv in a year. That is less than half the exposure most people receive naturally from background radioactivity in rocks, soil and building materials, and from cosmic rays. This may make sense in normal times – but it means that in a crisis people tend to assume exposure above the limit is dangerous. The problem for authorities is that it is next to impossible to judge exactly at what point it will be safer to move a population away from the radiation or to limit its exposure by, for example, keeping children indoors and closing schools. Such moves themselves have health risks: evacuation can kill the elderly and thrust younger people into unemployment. Disrupted education can mar children’s future careers. Loss of exercise habits makes people vulnerable to illness and obesity.

As is often the case, the FT suggests that the antidote for ignorance is science, so that we might better understand the health risks of radiation exposure. More research is of course a good idea, but in the context of decision making, what if certainty is not forthcoming and our decision making remains clouded by ignorance?
Posted by Roger Pielke, Jr. at 11/11/2011 12:49:00 AM
Email ThisBlogThis!Share to TwitterShare to FacebookShare to Pinterest
Newer Post Older Post Home