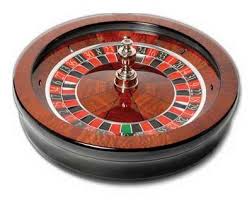 Gary Padgett, writing to a tropical storm list-serv I am on, provides an interesting factoid, which I reproduce here with his permission (emphasis added):


We’re now at the first of October, and there’ve been no Category 3 or higher hurricanes (IH) to make landfall in the U. S. so far this season. The chances of a U. S. landfalling IH decrease significantly after 1 October. Over the past half-century, the only IHs to make landfall in the U. S. after 1 October were Hilda (1964), Opal (1995), and Wilma (2005). Hilda and Opal were already named tropical storms on the map as September ended—the only case forming in the month of October was Wilma.

If an IH does not make landfall in the U. S. during the remainder of this season, this will make five consecutive seasons without an IH landfall in the U. S. The last such instance of this (based upon the current HURDAT file) was 1910 – 1914. However, that being said, some caveats are in order.

(1) The current Saffir/Simpson classification of historical U. S. hurricanes was made by Hebert and Taylor in 1975. The parameter used to classify most of these was central pressure (CP), based on the older nominal CP ranges associated with each category. Nowadays, the S/S classification is based strictly upon the MSW at landfall.

(2) There are several cases, especially in the late 1930s, 1940s, and early 1950s, for which the assigned S/S category does not match the Best Track winds, so when they are eventually re-analyzed, the landfalling category could be adjusted up or down.

Even with the caveats, the US has had a remarkable streak of luck with respect to hurricanes -- or maybe, it's climate change! ;-)
Posted by Roger Pielke, Jr. at 9/30/2010 10:35:00 AM
Email ThisBlogThis!Share to TwitterShare to FacebookShare to Pinterest
Newer Post Older Post Home