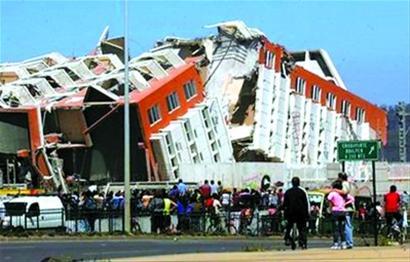 From the lead editorial in today's FT (emphasis added):

The earthquake that struck the town of Concepción in Chile before dawn on Saturday – the fifth strongest ever recorded – does not show humanity at the mercy of the blind forces of nature. It demonstrates, instead, that lives and livelihoods are much more vulnerable to a society’s response to catastrophe than to natural disaster itself.

Heart-rending as they are, Chile’s deaths and losses are far smaller than those of Haiti, struck seven weeks ago by an earthquake that was a thousandfold weaker. This reflects that Chile is one of the most earthquake-stricken countries on earth, and its people know how to take precautions.