Engage Your Opponents or Just Call them "Nutters"? 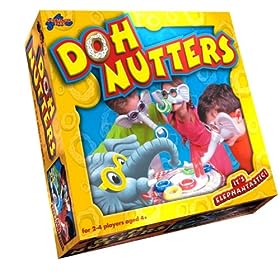 There is an interesting set of quotes in the New York Times today from blogger and NASA climate scientist Gavin Schmidt. Schmidt is the principal behind Real Climate, a blog self-described as:

RealClimate is a commentary site on climate science by working climate scientists for the interested public and journalists.

In the Times, Schmidt has the following odd statement:

But some scientists said that responding to climate change skeptics was a fool’s errand.

“Climate scientists are paid to do climate science,” said Gavin A. Schmidt, a senior climatologist with the National Aeronautics and Space Administration’s Goddard Institute of Space Studies. “Their job is not persuading the public.”

The statement is odd because Schmidt and his climate scientist colleagues have devoted much of the effort on their blog to countering "skeptics" and persuading the public and the media that their views are the authoritative ones. Was Schmidt misquoted? Is Real Climate shutting down?

If that statement was curious, the following quote attributed to Schmidt indicates how some scientists just do not get what has happened in the past few months (emphasis added):

“There have always been people accusing us of being fraudulent criminals, of the I.P.C.C. being corrupt,” Dr. Schmidt said. “What is new is this paranoia combined with a spell of cold weather in the United States and the ‘climategate’ release. It’s a perfect storm that has allowed the nutters to control the agenda.”

The answer is simple, he said.

“Good science,” he said, “is the best revenge.”

Calling people with whom you disagree "nutters" is a good example of the excessive arrogance in the scientific community, a problem that does not look to be going away anytime soon. The notion that "good science" will wreak revenge on the "nutters" who "control the agenda" suggests that we can expect even more politicized science, that is to say, political battles waged through science.

Fortunately, there are some folks who do get it. For instance, Sheila Jasanoff of Harvard, who studies science in society, explains in a blog post addenda to the print story:

“[Rebuilding trust is] not just a function of information, but an ongoing relationship with the public, a willingness to show why you should be believed,”

Georgia Tech's Judy Curry is a climate scientist who gets it:

In her view, it is only by directly engaging critics, on the Internet and elsewhere, that scientists can begin to rebuild the faith that Professor Jasanoff says has been breached.

“A lot of the issue with the bloggers is they feel they get disrespected by mainstream climate community and some have something to offer technically,” Professor Curry said in an interview. “But they just get lumped into denier, oil-funded cranks.”

She urged climate scientists to post relevant papers on the Internet and then hang around for a few hours taking questions from critics or contrarians.

“It would go a long way to educating the public and giving our critics the respect they want,” she said.