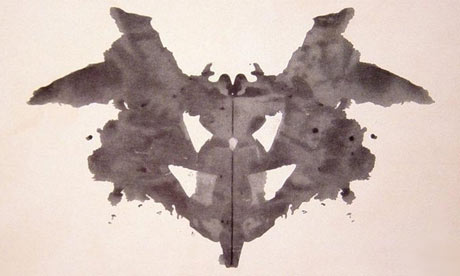 As the dust settles from the remarkable Copenhagen meeting observers are presenting vastly different messages about what has happened and what it means. Germany's Chancellor, Angela Merkel, warns that anyone who criticizes Copenhagen is simply trying to stop action from moving forward: "anyone who just badmouths Copenhagen now is engaging in the business of those who are applying the brakes rather than moving forward." However, efforts to shut down debate are not going to work, as people are engaged in the very useful exercise of sorting out the meaning of Copenhagen.

Here are a few examples from the United States on the left side of the political spectrum:

Bill McKibben, environmentalist and founder of 350.org, says that Copenhagen was an absolute disaster:

The idea that there’s a world community that means something has disappeared tonight. The clear point is, you poor nations can spout off all you want on questions like human rights or the role of women or fighting polio or handling refugees. But when you get too close to the center of things that count—the fossil fuel that’s at the center of our economy—you can forget about it. We’re not interested. You’re a bother, and when you sink beneath the waves, we don’t want to hear much about it. The dearest hope of the American right for 50 years was essentially realized because in the end coal is at the center of America’s economy. We already did this with war and peace, and now we’ve done it with global warming. What exactly is the point of the U.N. now?

In stark contrast, Andrew Light of the Center for American Progress sees much to value in the Copenhagen outcome:

It is comprehensive, allows for parties to propose a full range of emission reductions rather than only economy-wide targets, which is a good thing, develops a pathway to more ambitious medium term financing, and binds emission pathways to halt warming over 2 degrees Celsius. In fact, it is the first international agreement to promise consideration of limiting warming to 1.5C.

Unfortunately though the agreement does not have a hard deadline to take the second step and turn it into a final legally binding agreement by 2010 in Mexico City. Such a provision would have provided the basis for a good answer to those who find the numbers and reduction targets in the accord lacking. As they will expire in one or two years they would, of necessity, need to be adjusted to continue reducing emissions at an appropriate pace. Nonetheless, UN General Secretary Moon and other parties have committed themselves to taking the next step and turning this document into a binding legal agreement by the next UN climate summit in Mexico City in 2010.

There is however a different aspect of this deal that could be the beginning of a game changer in how the world looks at ending carbon pollution. The Copenhagen Accord was not forged among our closest allies in the developed world; it was the product of cooperation between the US and a group of the largest carbon emitters in the developing world. In fact, this same group had met prior to the Copenhagen meeting in China to declare that they would never move beyond one of the core guiding assumptions of the Kyoto Protocol: that the world is divided between developed and developing countries and that only the former are required to take steps to curb their carbon emissions and be held accountable for those reductions.

This union of the US with these four countries is premised on what could become a new guiding assumption: that the world is divided between the major emitters of carbon pollution and everyone else. In that respect the fact that the accord includes a robust compromise on measurement, reporting, and verification acceptable to both the US and China is significant. A framework has finally been advanced for cooperation between developed and developing countries on reductions rather than continuing a process mired in the old divisions which have hampered us for so long.

On the US political right, I can find almost no reaction to Copenhagen, except for some minor musing on what it might mean for Senate consideration of cap-and-trade in the spring. I would expect to see some triumphalism at the perceived failure of the meeting, and I would doubt that there will be any positive takes (other than "we're happy that it failed"). In addition, I have little sense about how the meeting's outcome has been received around the world, and I'd welcome links, pointers and analysis in the comments from my non-U.S. readers.

So all of this is to say that I am not yet at all sure what Copenhagen signifies. I read comments like those above from Angela Merkel that suggest to me that Copenhagen will soon be forgotten as the interminable international process reloads for another series of mostly inconsequential meetings, either under the UN or some other framework (e.g., see Light's comments above). At the same time, Copenhagen surely showed that the UN FCCC cannot succeed at the task of stabilizing emissions of greenhouse gases, a point that I have argued for over a decade. While some people can certainly pretend that it is moving in a positive direction, I would think that enough people can now see the Emperor's new clothes such that business as usual is unsustainable (e.g., see McKibben's comments above). So I can envision a wide range of outcomes from this point.

Richard Black of the BBC has an insightful post that explains that even at the most basic technical level, those participating in the international process don't even know what Copenhagen means:

Intriguingly, the morning after the deal was announced by White House press release, it wasn't clear whether it counts as an agreement within the UN system or whether it lies outside.

If parties had adopted the deal, it would be a UN issue. But they didn't, because there was no consensus; instead governments only decided to "take note" of the accord.

If it turns out not to be a UN agreement, then - at the extreme end of things - the UN climate convention could effectively be dead as the powerful world's favoured instrument for controlling emissions.

A deal made at a UN summit would move outside, being a free-standing arrangement effectively decided by the 26 countries involved in the drafting.

It will mean that a select group of countries - the G20, or thereabouts - will basically decide what they want to do, and then do it.

That might sound like an extreme analysis, and perhaps it is; but in the last few years, climate pledges have been made in the G8, the Major Economies Forum and the Asia-Pacific Economic Co-operation forum (Apec) - all places where countries can say what they want with no pesky small states around to demand that they do more.

Don't forget that there has been no real negotiation here on targets for developed nations. Sessions have been held, yes; but all developed countries set their own targets before they arrived, and stuck to them.

In principle, poor countries would lose from a transition away from the UNFCCC, because its mechanisms are supposed to bring them access to clean technology and money for forests and climate protection.

Approaching the summit, it appeared that pretty much all the countries wanted a new global climate deal under the UNFCCC umbrella. Politicians from many countries invested significant diplomatic effort to make it happen - apparently.

The concluding sequence of this much-hyped summit has left many observers and national delegations stunned.

Ministers and officials and scientists and campaigners and lobbyists who have dedicated huge swathes of the last year to making a tough deal happen watched aghast as Chinese and US leaders and their entourages flew in, took over the agenda and emerged with what was basically their own private deal, with leaders announcing it live on television before others realised it had happened.

Does Copenhagen, then, mark not the beginning of a new global climate regime but the end of the vision of global, negotiated climate governance?

Is it the end for the idea of global, negotiated governance on other environmental issues?

These are big questions that many never saw themselves having to ask in the Obama era.