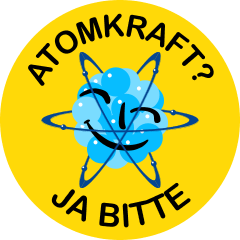 The FT shares a preview of the IEA's "low nuclear" scenario forthcoming in November:


The IEA will publish its annual global energy outlook in November, which will include a “lower nuclear case” mapping what would happen if the world added only 180 gigawatts of new nuclear capacity by 2035, rather than the 360 predicted in the last outlook.


Keith Kloor and Shellenberger/Nordhaus each have thoughtful discussions of the current politics of nuclear power and consistent with the IEA preview.  There are no easy answers.
Posted by Roger Pielke, Jr. at 5/11/2011 02:18:00 PM
Email ThisBlogThis!Share to TwitterShare to FacebookShare to Pinterest
Newer Post Older Post Home