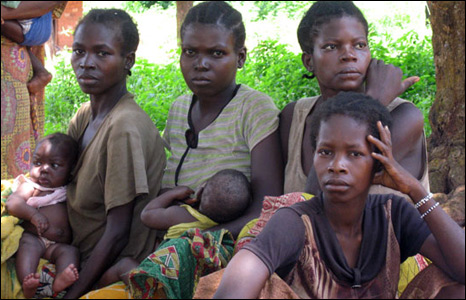 Last week I noted a New York Times article which discussed how improvements in maternal health were not welcomed by some who worried about the effects of the news on the perceived urgency of the problem. Some advocates went so far as to try to influence the process of peer review to keep the good news out of sight (sound familiar?).

Today's New York Times has two letters (of four total on the original article) that continue to display these very different perspectives. The first is from Mary Robinson, a former president of Ireland and United Nations high commissioner for human rights:

New data on maternal mortality looks like encouraging news but is hardly cause for celebration.

Only 23 nations are on track to reach the United Nations Millennium Development Goal on reducing by three-quarters maternal deaths by 2015. Real progress will require tackling discrimination against women, increasing resources to strengthen health systems to ensure universal access to care, including through skilled birth attendants and emergency obstetric care, and expanding access to family planning.

Lack of reproductive choices for women, child marriage, sexual violence, exposure to unsafe abortions and the inability to own property are all linked to slow progress on achieving this and other Millennium Development Goals, commitments governments pledged to meet at the start of this century.

The new evidence is encouraging, but must not be allowed to undermine the urgency of addressing maternal mortality and health as a basic human right.

The second is from Dorothy Balaba Byansi, a doctor from Kampala, Uganda:

Your article about the Lancet report on declining maternal mortality brought me so much joy. I work for a Ugandan N.G.O., PACE, where we manage a network of 100 partly franchised clinics, and I’m accustomed to grim stories of “little progress,” even after loads of hard work to ensure that women in Uganda have better access to lifesaving services and products. It is therefore encouraging that the efforts health workers put in across the world are bearing fruit.

In Uganda, though there remains a long mile to walk, we are making progress, too. In 2009, PACE’s partnership with the Ministry of Health enabled 13,686 women to receive long-term family planning methods, up from 255 the previous year. We also distributed 12,420 clean delivery kits and 17,926 Misoprostol doses for the prevention of post-partum hemorrhage, which accounts for one-third of maternal deaths in most parts of sub-Saharan Africa.

Whether you come down on the side of Robinson or Byansi, or better yet, if you realize that multiple valid perspectives on the significance of the Lancet study can co-exist at the same time, we should all be able to agree that trying to shape a political message by intercepting research before it is published is just a bad idea.
Posted by Roger Pielke, Jr. at 4/19/2010 07:32:00 AM
Email ThisBlogThis!Share to TwitterShare to FacebookShare to Pinterest
Newer Post Older Post Home