Carbon Dioxide at $800 per Ton in Boulder 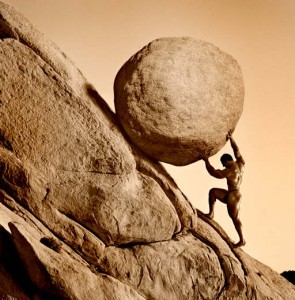 [UPDATE: Will Toor, Boulder County Commissioner, helpfully responded to my invitation to respond to this post. He writes by email, reproduced with permission:

This program was designed with cost effectiveness as a primary consideration, so the prescriptive path focuses on cheap, easy upgrades (such as duct sealing, air sealing, insulation upgrades in accessible cavities) . The city went out and conducted 6 case studies of actual rental units in Boulder and hired contractors to do the work, and measured pre and post energy costs. In every case the improvements were better than cost neutral from day 1 - meaning that if you financed the improvements with a 15 year loan at 6%, the decrease in monthly utility bills was larger than the loan payment. In the case studies, most of the buildings would achieve about a 20% reduction in GHG emissions. And, since most of the improvements have a lifetime that of 30 years, eventually the savings will be even larger. So the real cost per ton is negative. Not positive. Even if you ignored that, and pretended that energy is free so only capital costs matter, you would need to divide that capital cost by the cumulative emissions reductions over the 30 year lifetime of the improvements. So you would arrive at something more like $25/ton.

I looked at the case studies that he refers to (available here) and the amortized costs per tonne of CO2 over 30 years in the cases is $20 to $60. I have some serious methodological questions about the assumptions used in such a calculus, but Will explains that looking at amortized costs doesn't even matter:

. . . in the real world almost every landlord will finance this, and will be making annual payments. So you can ignore the future, and just take their annual payment and subtract the annual energy savings, and divide by the annual emissions reductions, to get a cost per ton. The data from the case study suggests the cost will be negative. If the landlord association claims were correct (they are claiming, with no study to back up the claim, that it will cost twice as much as the city claims) it will be a small positive number.

If it is indeed the case that the program saves money from day 1, which I have no reason to doubt, I do question the emphasis on greenhouse gas reductions, which seems to be a side benefit to a program than can be justified on economics alone, rather than a primary goal which depends upon a range of questionable assumptions to arrive at a reasonable number.

Will has convinced me that he cost per ton may not be $800, but I'm not buying $25 per ton. But if the program is a net economic winner than this debate is irrelevant, however the characterization of the program as focused on carbon dioxide rather than costs might be rethought.

Thanks to Will for adding this valuable context.]

Last week I highlighted a program in NSW, Australia which was paying $1,000 per tonne to reduce carbon dioxide emissions. Today its Boulder's turn to be in the spotlight for unjustifiably expensive carbon policies. An article in the Boulder Daily Camera today discusses a new program focused on regulating energy efficiency improvements for the purpose of reducing carbon dioxide:

On Thursday, the Boulder Planning Board will take up "SmartRegs," a proposed point-based system designed to get rental properties -- which make up about half of the city's housing stock -- to reduce their carbon footprint.

Under the program, landlords would be required to make improvements that could include installing energy-efficient appliances, sealing ducts or better insulating.

The city's overall goal is to reduce greenhouse-gas emissions coming from homes by 94,000 metric tons of carbon dioxide by 2012. The SmartRegs program, it's estimated, could make up about 45,000 tons of that goal. . .

The costs for making energy upgrades would vary widely based on the age and overall condition of rental properties. The city of Boulder recently completed testing on seven homes and found that reaching the 100-point threshold cost between $675 and $3,243 each.

The total estimated investment to upgrade all rental properties in the city is $17.7 million. But opponents of the measure, including the Boulder Area Rental Housing Association, say the total cost to property owners could top $35 million.

How much does the program cost per ton of carbon dioxide?

Assuming that the program actually leads to a reduction of 45,000 tons (a dubious assumption, as the goal is most likely "reductions" against a counterfactual baseline), and that the costs will be between the $17.7 and $35 million suggested by proponents and opponents, respectively, of the program then the costs per ton work out to be between about $400 and $800 per ton.

This is crazy. The city recognizes that imposing an economic burden on landlords and tenants might not be the best idea, so they are already floating ideas to step back from the program, which invariably would drive down the emissions reductions a good deal, perhaps making the cost-per-ton even higher:

To minimize the financial shock to landlords, the city is proposing that the requirements be phased in over time.

Options being considered include requiring all rental properties to meet the 100 points when they renew their rental licenses -- which would bring all of the estimated 19,600 rental properties into compliance by 2014 -- or having smaller steps toward meeting the efficiencies over many years, which could stretch full compliance into 2018.

Affordable housing units that don't qualify for government assistance could be given up to 12 years to phase in the upgrades.

City staffers are recommending a "hardship provision" that would extend the deadlines for owners who can demonstrate an inability to pay for the upgrades. Those landlords might be allowed to purchase carbon offsets to buy them more time to meet the requirements.

Boulder is showing leadership in climate policy. Too bad that leadership is showing the inanity of climate policies focused on regulating energy use for purposes of reducing carbon footprints. There are better ways.
Posted by Roger Pielke, Jr. at 4/19/2010 07:11:00 AM
Email ThisBlogThis!Share to TwitterShare to FacebookShare to Pinterest
Newer Post Older Post Home