Nuclear Power is Not Going Away 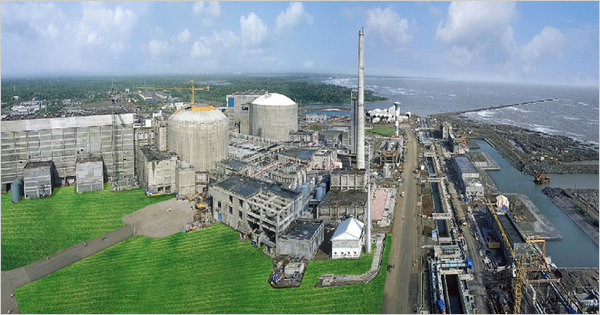 According to the NYT, China and India are moving forward with their nuclear ambitions.  When demands for energy access meets concerns about energy risks, access usually trumps.


Despite Japan’s crisis, India and China and some other energy-ravenous countries say they plan to keep using their nuclear power plants and building new ones.

The Japanese disaster has led some energy officials in the United States and in industrialized European nations to think twice about nuclear expansion. And if a huge release of radiation worsens the crisis, even big developing nations might reconsider their ambitious plans. But for now, while acknowledging the need for safety, they say their unmet energy needs give them little choice but to continue investing in nuclear power.

“Ours is a very power-hungry country,“ Srikumar Banerjee, the chairman of India’s Atomic Energy Commission, said during a news conference Monday in Mumbai. Nearly 40 percent of India’s 1.2 billion people do not have regular access to electricity, Mr. Banerjee said. “It is essential for us to have further electricity generation.“

And in China, which has the world’s most ambitious nuclear expansion plans, a vice minister of environment, Zhang Lijun, said on Saturday that Japan’s difficulties would not deter his nation’s nuclear rollout.

With those two countries driving the expansion — and countries from elsewhere in Asia, Eastern Europe and the Middle East also embracing nuclear power in response to high fossil fuel prices and concerns about global warming — the world’s stock of 443 nuclear reactors could more than double in the next 15 years, according to the World Nuclear Association, an industry trade group.