Linguistic Innovation: The Story of OK 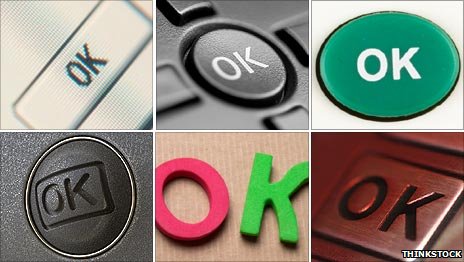 The BBC has a great column up about a linguistic innovation -- the origins of the word "OK" -- by the author of a book telling this story.  Here is an excerpt from the column:


On 23 March 1839, OK was introduced to the world on the second page of the Boston Morning Post, in the midst of a long paragraph, as "o.k. (all correct)".

How this weak joke survived at all, instead of vanishing like its counterparts, is a matter of lucky coincidence involving the American presidential election of 1840.

One candidate was nicknamed Old Kinderhook, and there was a false tale that a previous American president couldn't spell properly and thus would approve documents with an "OK", thinking it was the abbreviation for "all correct".

Within a decade, people began actually marking OK on documents and using OK on the telegraph to signal that all was well. So OK had found its niche, being easy to say or write and also distinctive enough to be clear.

But there was still only restricted use of OK. The misspelled abbreviation may have implied illiteracy to some, and OK was generally avoided in anything but business contexts, or in fictional dialogue by characters deemed to be rustic or illiterate.

Indeed, by and large American writers of fiction avoided OK altogether, even those like Mark Twain who freely used slang.

But in the 20th Century OK moved from margin to mainstream, gradually becoming a staple of nearly everyone's conversation, no longer looked on as illiterate or slang.