We'll Always Have the Climate Wars 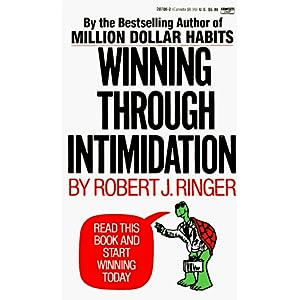 For whatever reason, RealClimate has decided to open up debate over the so-called Hockey Stick, in their typical aggressive and angry manner (see, e..g, the exchanges between NASA's Gavin Schmidt and Georgia Tech's Judy Curry). As far as I am concerned the debate over the Hockey Stick is pretty much irrelevant to discussions of climate policy for the simple reason that the policies that I advocate are insensitive to that debate.

However, the debate over the Hockey Stock does serve as a useful measure of the state of the activist wing of the climate science community as well as their most bitter enemies, the so-called skeptics. For even the most dedicated observers the debates between the activist scientists and their opponents can be arcane, technical and simply impenetrable due to years upon years of perceived slights, a practice of in-group shorthand and a chorus of followers on either side cheering on the spectacle. So most people simply evaluate the arguments by who they decide to trust. Such decisions could be made due to political or other affinities. The issues raised by the released East Anglia emails and the IPCC troubles did much to swing the pendulum of trust away from the activist scientists among many observers. How to regain trust has thus been a focus on some responsible voices in the climate science community.

So it is somewhat surprising to see the renewed "academic penis wagging" of the activist scientists. This sort of behavior would seem to be a mistake, as going back to the old ways of winning through intimidation just doesn't seem plausible anymore. But like the skeptics, over-testosteroned academics are just something to be lived with, rather than defeated.

Over at Klimazwibel, climate scientist Eduardo Zorita helps to explain why the renewed offensive by the activist scientists is so badly misplaced. Zorita points to some additional major errors that have been found in the work of Michael Mann and colleagues, being published in the Journal of Climate (he also links to an online rebuttal which admits the errors, but in characteristic fashion explains that they do not matter). Zorita explains that in the debates over the Hockey Stick, sloppy errors provide a criterion with which to evaluate the trustworthiness of different research groups:

Now to the perhaps most substantial point: there is a debate around the RegEM method [as part of the Hockey Stick debate], as I tried to explain in the weblog. To my knowledge, three (truly) independent groups have found that this method also leads to too small past variations (Smerdon et al, Christiansen et al and Riedwyl et al). Another group says that the method slightly underestimates past variations (Lee et al) and another group says that this is a good method (Mann et al). The RegEM method is difficult to implement, there are several variants (ridged regression, total least squares, truncated total least squares, and for all them there exist hybrid versions in which the data sets are previously filtered in two different frequency bands). It also involves the somewhat subjective choice of a few internal parameters. In short, a quite complex method. If I am now told that, in the calculations by one of the groups, the input data have been mistakenly rotated around the Earth and that the interpolation on the global grid is not correct even before the implementation of the method has started.. well, what I am going to believe?

Given the amount of source material that has been provided to them, I have no doubts that the so-called skeptics are going to be perfectly happy discussing the Hockey Stick for the next 1,000 years. Simply by discussing it they raise issues about the credibility of the activist academic and government scientists that they oppose. For their part, the activist scientists are simply playing right along.

I do have a sense that climate debates have matured to the point where such political debates over science are far less meaningful to those involved in climate politics and policy than perhaps they once were. While that is a good thing for climate policy discussions, the broader climate science community still has a long ways to go in restoring trust. It cannot be demanded, but must be earned. Earning that trust will have to occur in the context of the never-ending climate wars, as they are not going away anytime soon -- much to the delight of the activists scientists and their skeptical dance partners.
Posted by Roger Pielke, Jr. at 7/26/2010 09:08:00 AM
Email ThisBlogThis!Share to TwitterShare to FacebookShare to Pinterest
Newer Post Older Post Home