A Case for Playing it Straight 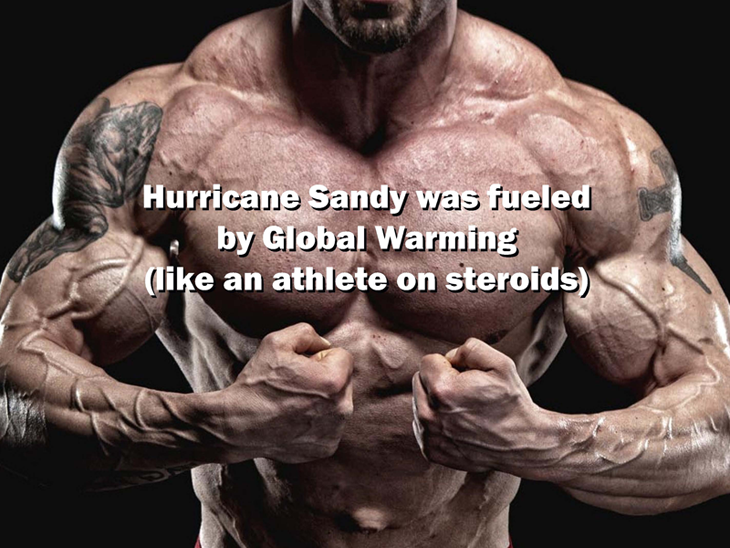 I have just participated in a lengthy Twitter exchange with Marshall Shepherd (@DrShephard2013), a professor at the University of Georgia and President of the American Meteorological Society. The occasion for the exchange was Dr. Shepherd's presentation yesterday at a Congressional Briefing sponsored by the Senate Committee on Environment and Public Works (his prepared remarks can be found here in PDF). The briefing focused on "the latest trends and scientific evidence related to the growing impacts associated with climate change."

Three other scientists testified at the briefing, but I am not interested in what they had to say. Shepherd's remarks are of interest because he is the President of a major scientific society. He was not at the briefing to present his personal opinions, but rather in his role as a leader and representative of the scientific community. Thus, in my view of the obligations of such a role, he had a duty to play it straight.

Unfortunately, as is so often a case when leaders in the climate science community find themselves before an audience of policy makers, on extreme events they go rogue, saying all sorts of things with little or no scientific basis. Even if the scientist includes many accurate statements in his/her remarks (such as the reality of significant risks of human-caused climate change), the presence of horsemeat ruins the lasagne.

Let's take a step back. The science on climate change, extreme events and disaster costs is clear and unambiguous. You don't need to take my word for it, you can find the science well summarized in the IPCC SREX. And if you don't like the IPCC you can find an array of peer-reviewed literature. I am happy to debate this topic with all comers as the data and analyses overwhelming support the claims below.

What did Shepherd say in his briefing?
Shepherd seems a great guy, and he has a fantastic demeanor on Twitter. But I'm sorry, this is horsemeat. (And to be clear, yes, there is more than just horsemeat in Shepherd's lasagne.)

As President of the AMS Shepherd does not have the luxury of using that platform to share his personal opinions on climate science that may diverge from that of the community which he represents, much less stretch or misrepresent broader findings. Leaders of important institutions of science -- like the AMS -- speak for more than themselves when presenting science in public fora. They also represent the credibility of their institution and climate science more generally.

In formal settings such as the briefing yesterday where experts meet politicians, I fully expect Democrats and Republicans to cherrypick experts convenient to the arguments they wish to see made. That is politics as usual. Leading scientific institutions play that same game with some considerable risk to their credibility.

My advice? On extreme events, please, just play it straight.
Posted by Roger Pielke, Jr. at 2/15/2013 10:26:00 AM
Email ThisBlogThis!Share to TwitterShare to FacebookShare to Pinterest
Newer Post Older Post Home